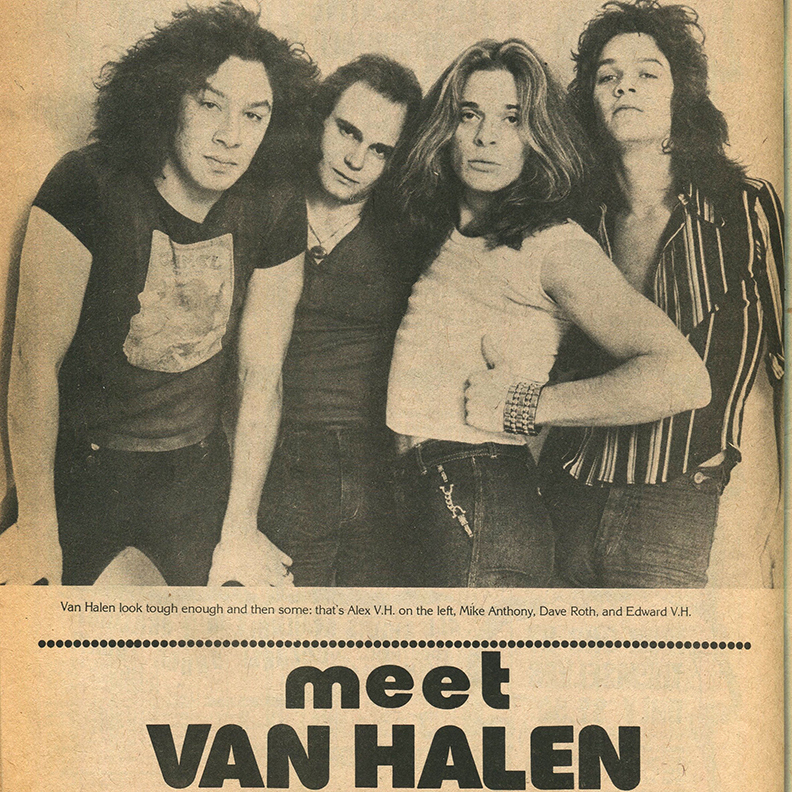 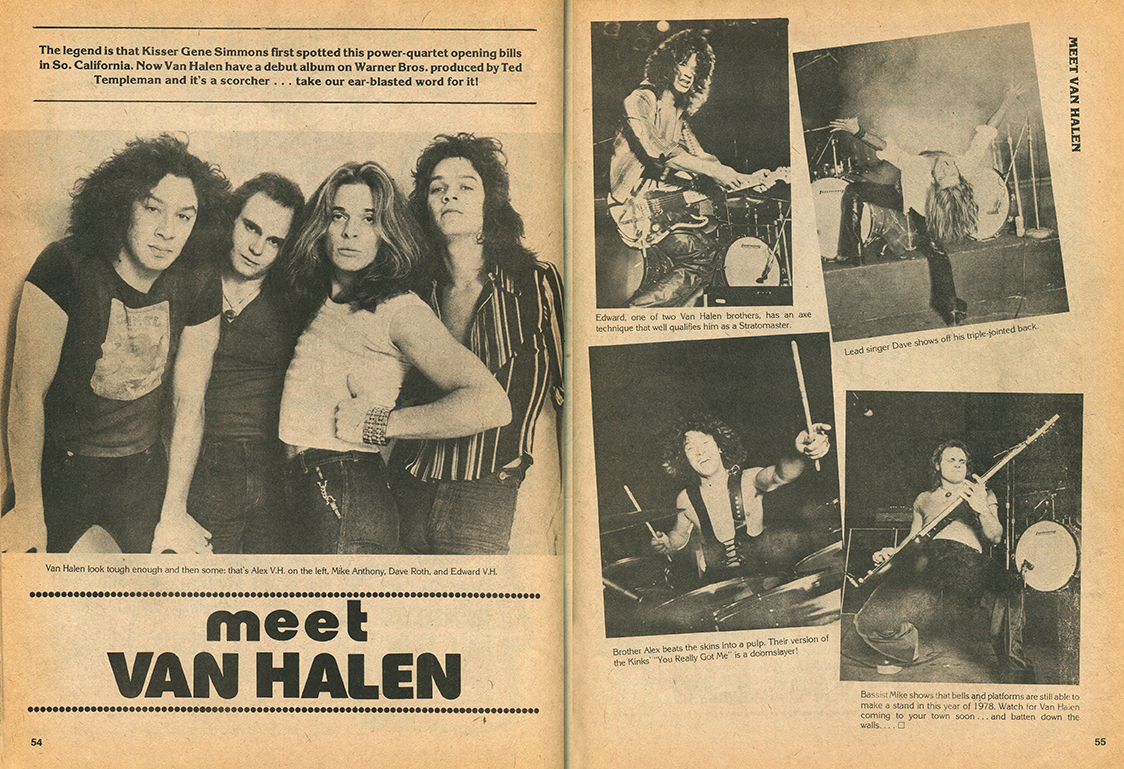 Van Halen’s self titled  first record was released on February 10, 1978. Check out the article in the July 1978 issue of Rock Scene magazine

From Wikipedia: “According to a January 4, 1977, L.A. Times article entitled HOMEGROWN PUNK by Robert Hilburn, Rodney Bingenheimer saw Van Halen at the Gazzarri club in the summer of 1976, so he took Gene Simmons of Kiss to see them. Gene Simmons then produced a Van Halen demo tape with recording beginning at the Village Recorder studios in Los Angeles and finished with overdubs at the Electric Lady Studios in New York. Simmons wanted to change the band’s name to “Daddy Longlegs”, but the band stuck with Van Halen. Simmons then opted out of further involvement after he took the demo to Kiss management and was told that “they had no chance of making it” and that they wouldn’t take them.”

Van Halen – “You Really Got Me” (Official Music Video) 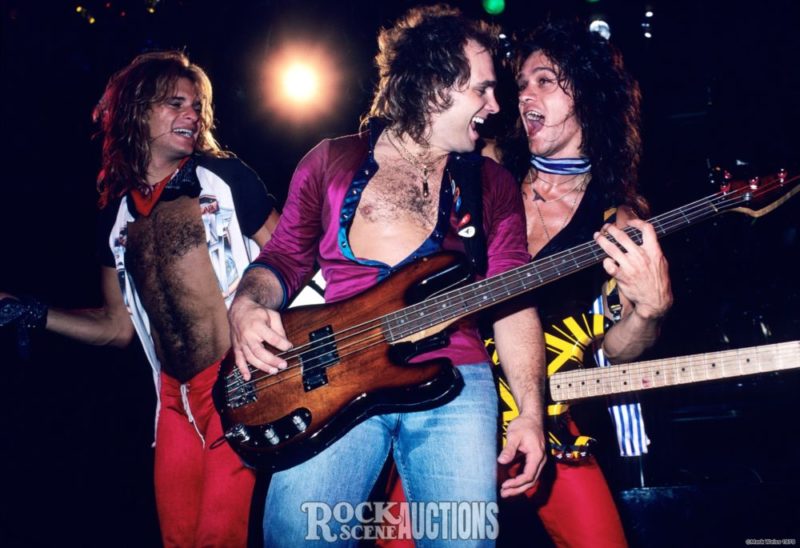 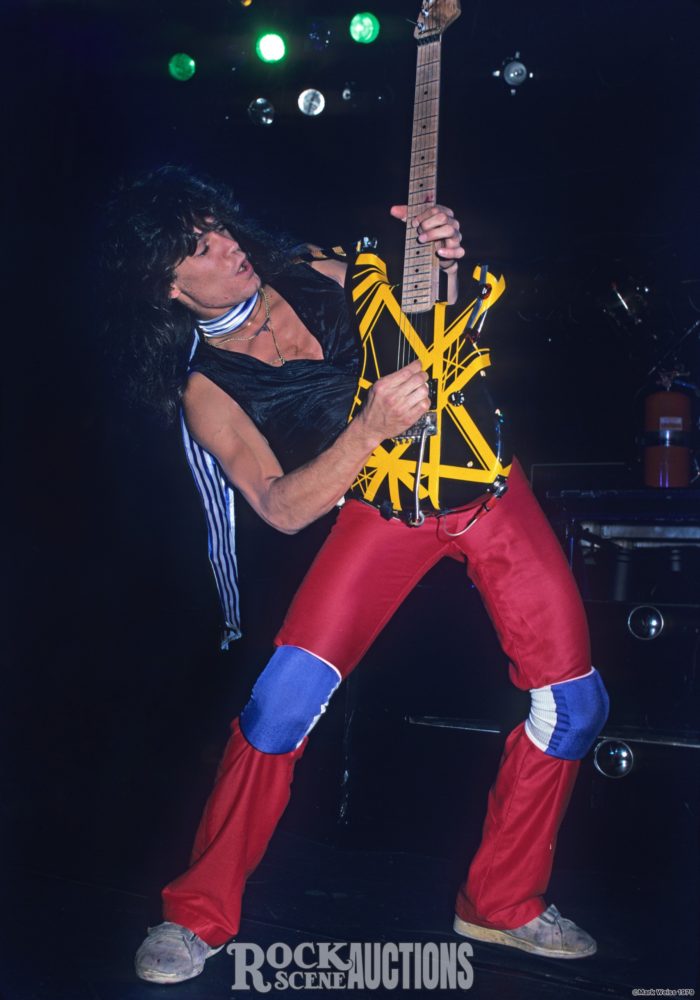 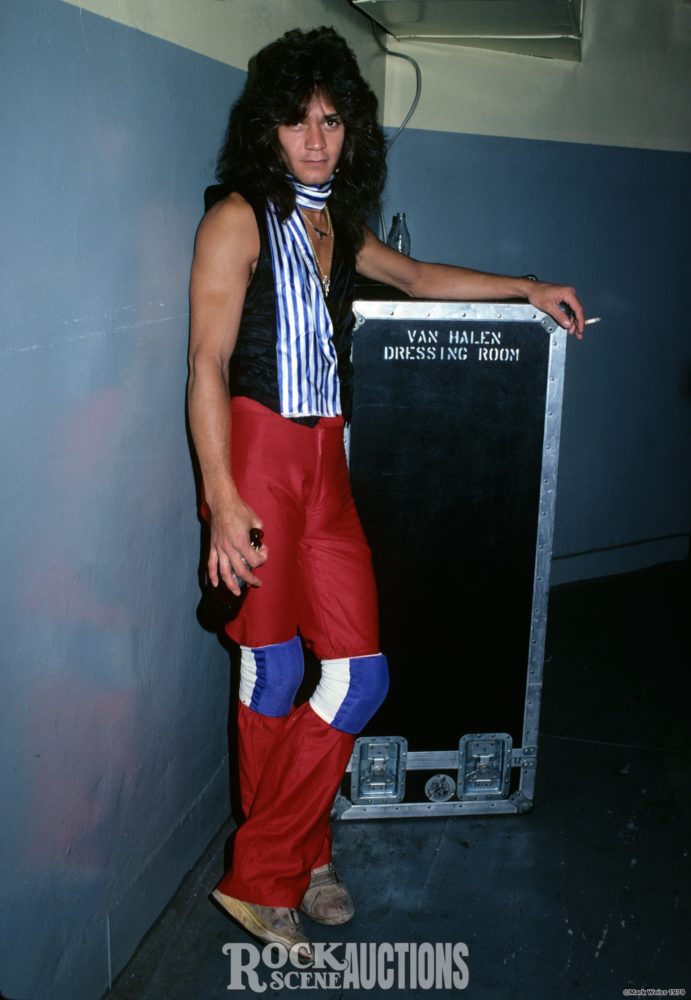 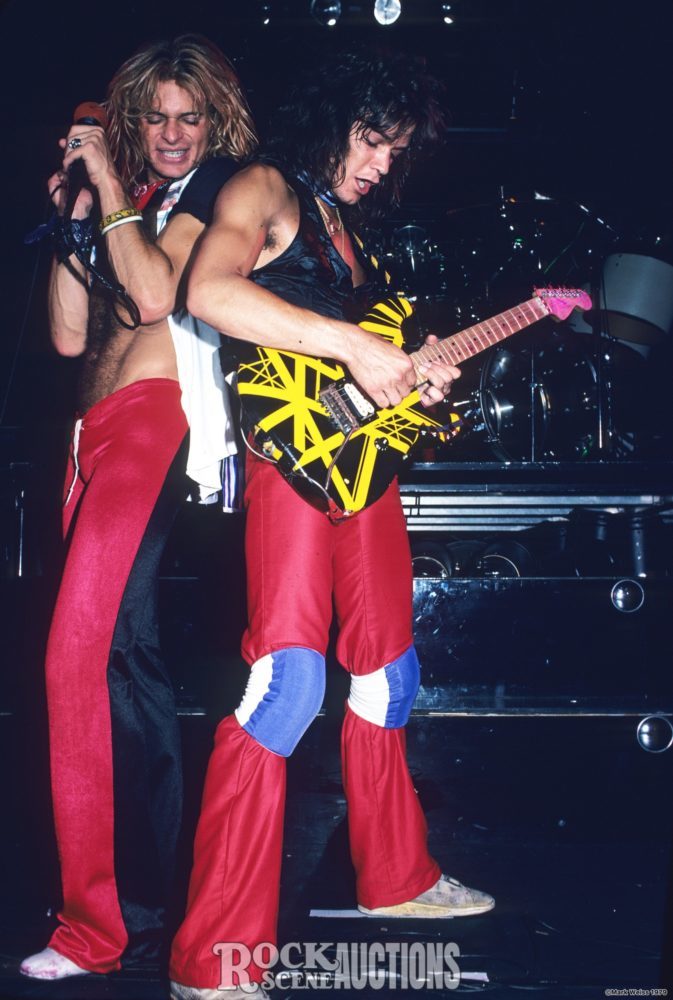