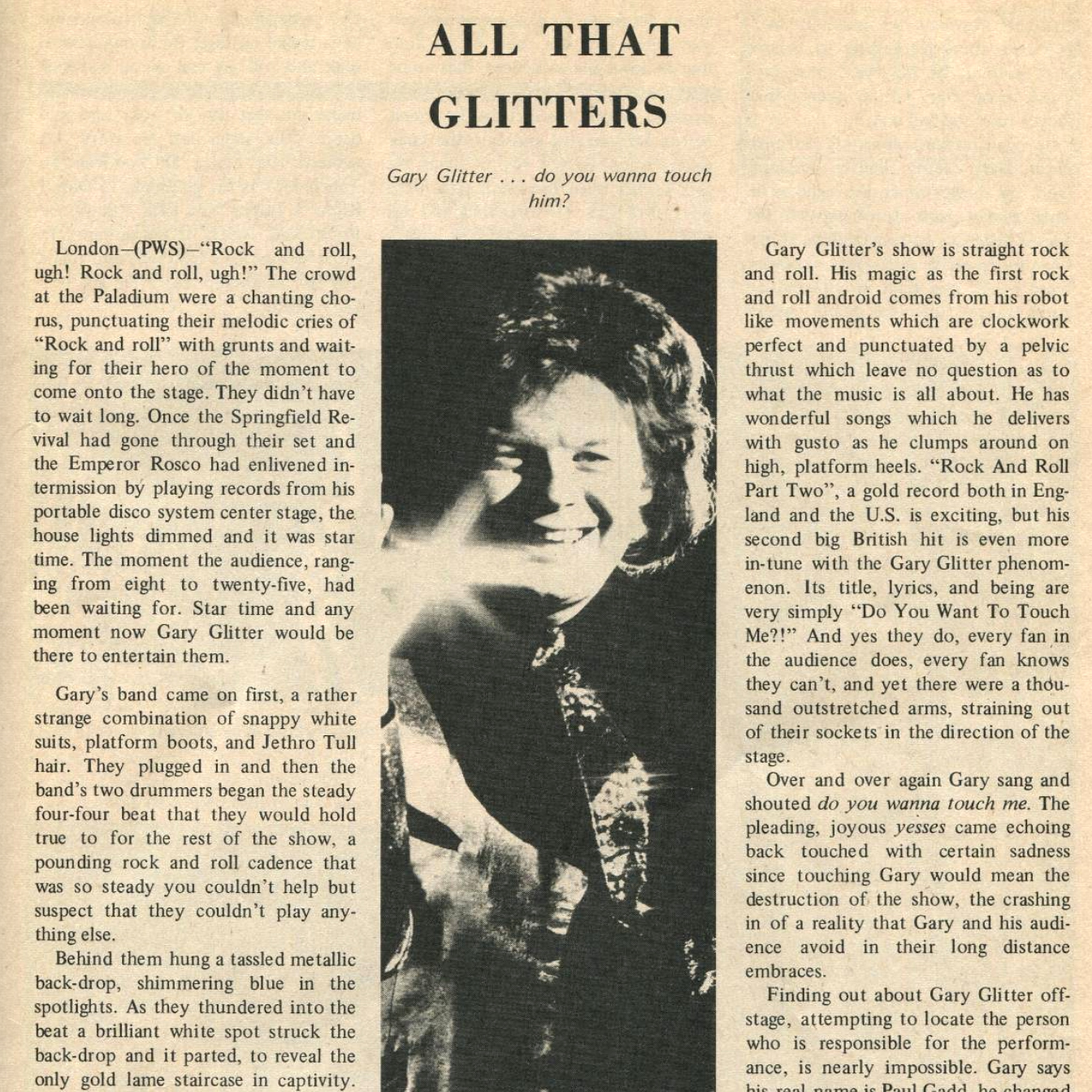 Gary Glitter – The Real Gary Glitter : Documentary – This hour documentary shows Glitter as a child to current day  (2002) when this was aired on TV. He was  convicted of child molestation and went to jail.