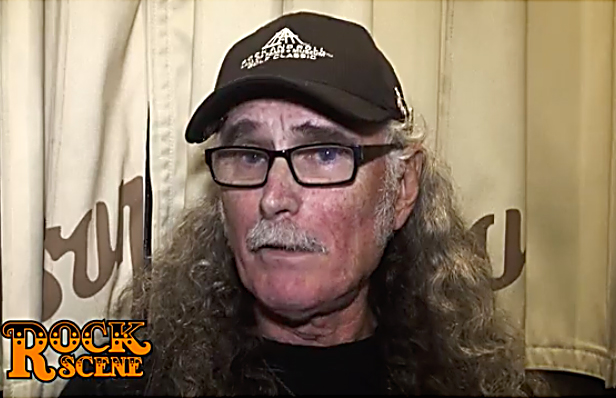 played on Springsteen’s first two albums, Greetings from Asbury Park, N.J. and The Wild, the Innocent and the E Street Shuffle. Lopez started out in a drum & bugle corps. as a bugel player until the 8th grade. He attended a show at the U.S.O. club in Asbury Park NJ. Walking up to the club, he heard some great music coming from inside. He turned to his friend and said, “there’s a good band in here tonight.” His friend told him that what he was hearing was actually not a band, but his friend Buzzy playing drums along with records.

Buzzy Lubinsky was a drummer/dj. Probably one of the first. He would simultaneously spin records on two turntables while drumming. Vini started working as a roadie for Buzzy. Every once and a while Buzzy would have something to do and Vini would fill in for him. That’s essentially how he learned to play the drums.

Buzzy eventually got Vini a gig playing drums for Sonny Kenn and he never looked back. In 1968, Vini met Bruce Springsteen. Vini, Bruce and Danny Federici started a band called Steel Mill. “Tinker” – Carl West started getting them gigs in places like; Richmond and Nashville. In the early 70’s, they changed bass players and got “Little” Steven VanZandt in the band.

After a few years, Bruce went out on his own and signed with Mike Appel and Jimmy Cretecos at Colombia Records. Colombia originally wanted Bruce to use their studio musicians to record his album; but Bruce stuck to his guns. He told Colombia that he had a band already and he was going to use them. He called up his old buddy’s and formed the E Street Band. Vini played on The Wild, the Innocent & the E Street Shuffle. His favorite songs from that album are: Incident on 57th St. & Rosalita.

“When I see Bruce, he never looks backwards. But he does remember those old days; and he keeps telling me, (that) ‘one of these days… we’re going to go back to the old days.’  So I’m looking forward to those days. The new days… with Bruce, because we can make some good music again together.”