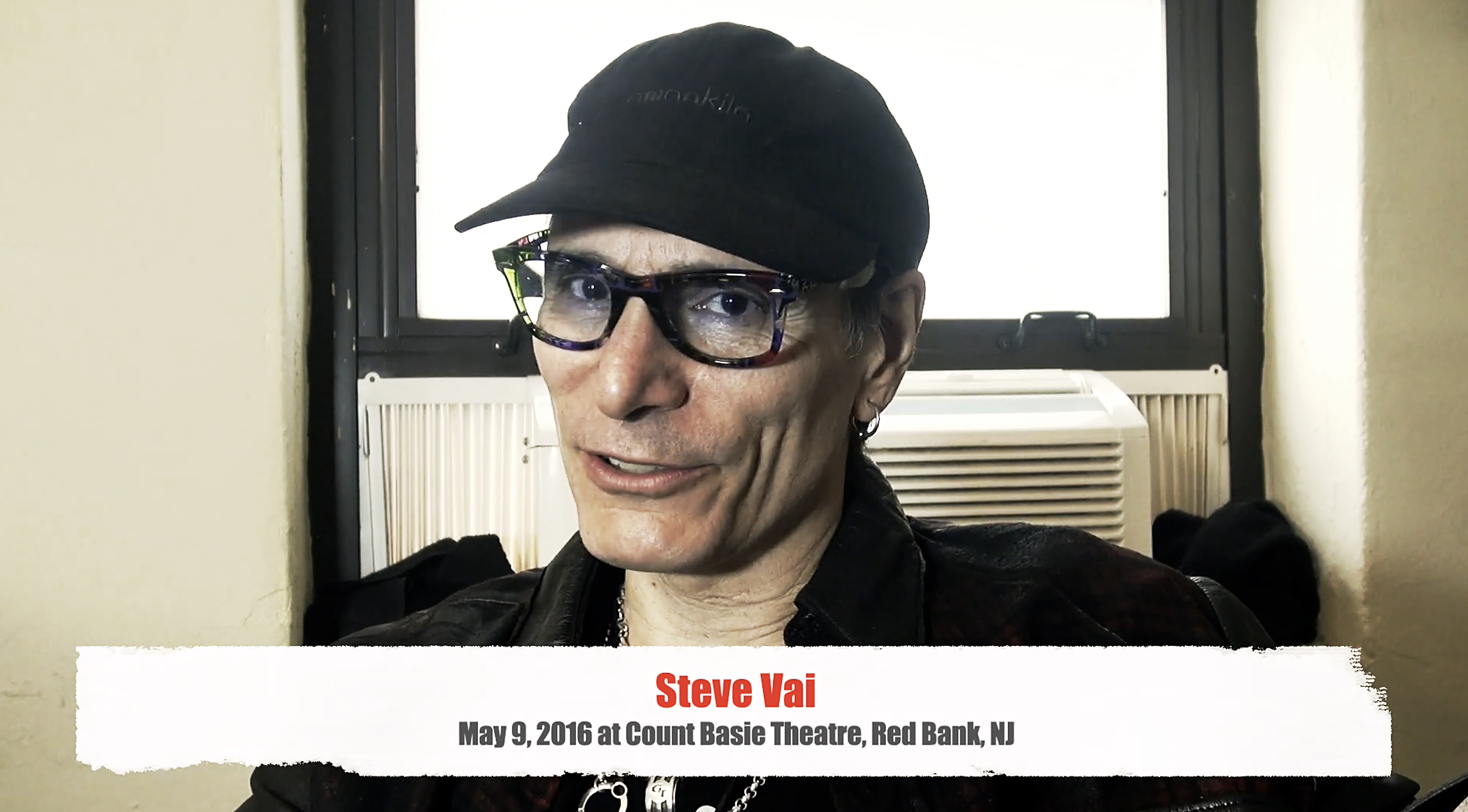 Upon discovering his aunt’s piano at the age of four, Steve Vai had what he describes as two epiphanies. The first one being that when he played notes to the right, he noticed they got higher. When he went to the left, they got lower. “Right at that moment, music just became very clear to me. That’s how music is created.” The second epiphany was realizing the infinite nature of the creation of music. “I was immediately flooded with the understanding of musical creativity. It was almost as if I was picking up from where I left off in another life or something like that.” He knew right then and there that music was all he wanted to do, and that he would never stray from the path of music. When he was a teenager he started taking guitar lessons from Joe Satriani, and started playing in local bands throughout high school. He attended Berklee College of Music and started working as a transcriptionist for Frank Zappa. Vai left Berklee to tour with the Frank Zappa band in 1980. Throughout the Eighties, Vai toured and recorded with David Lee Roth, Whitesnake, and many more bands. In 1990 he released his studio album, Passion and Warfare.