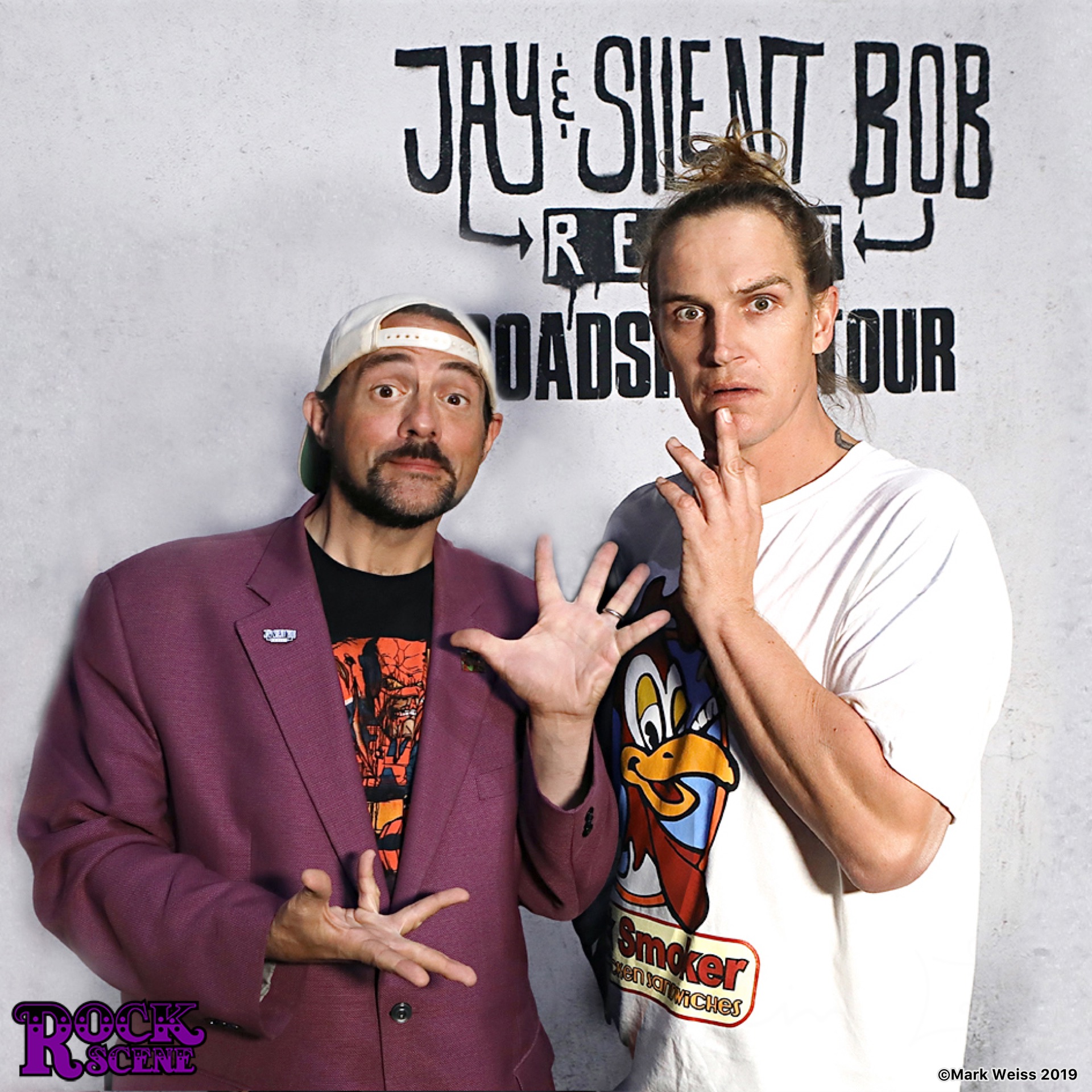 I had the pleasure of attending the Asbury Park screening of “Jay and Silent Bob Reboot” at the Paramount Theatre. The perfect place to get lost in cinema among a sold out audience was along for the ride of a raunchy, infectious and sometimes heart felt story. Creativity weaved into the film through comedy are messages of fatherhood, hope, forgiveness, responsibility and being able to accept people for who they are. Let’s not forget the occasional dick joke too. The storyline is pulled off well by Jason Mewes (Jay) and Harley Quinn Smith (Milly). Don’t get me wrong but this movie is built for the Kevin Smith fan with the typical jokes associated with Smith films. Then again, it has so many wonderful cameos that it hits on all pop culture cylinders. From Jason Lee, Tommy Chong, Thor himself, the Clerks crew and the return of Affleck, it’s a who’s who of Kevin Smith films. It ties so many storylines up in an escape into the View Askew universe like no other. I won’t say it’s my favorite Smith film but it was very enjoyable and worth the ride . Written By –  Ernie O’Donnell 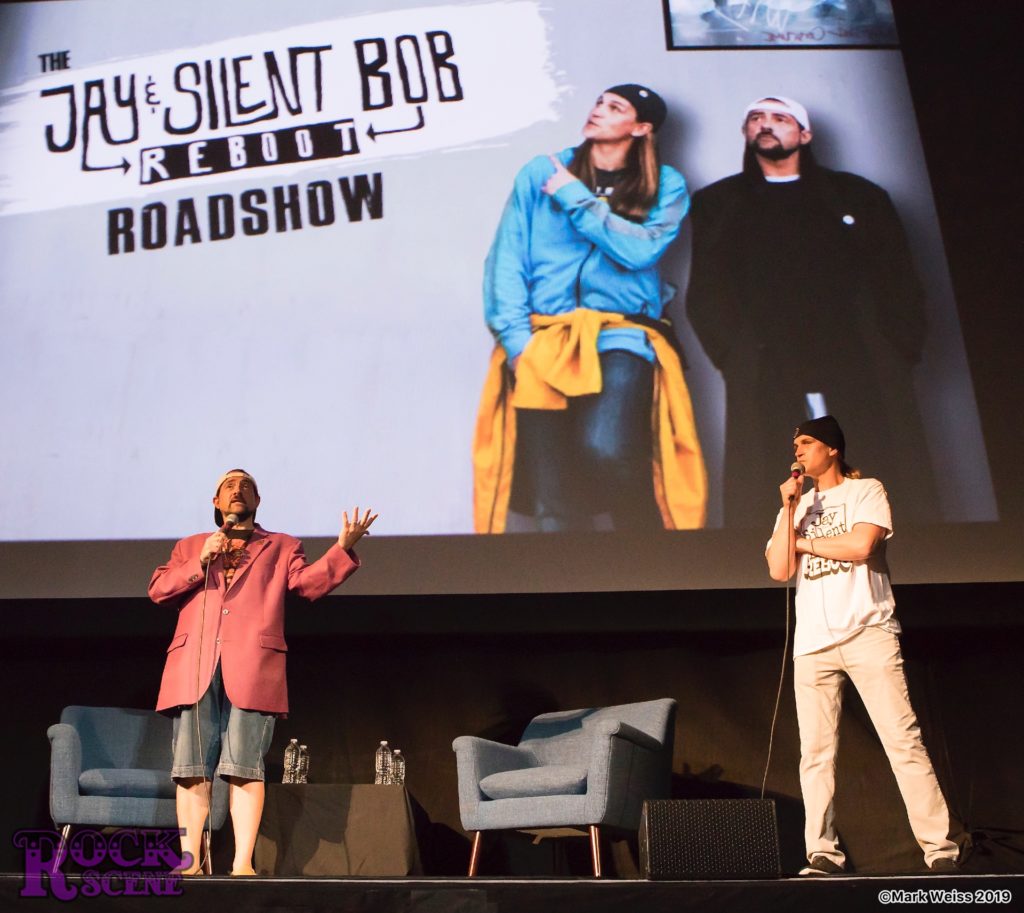 Kevin Smith and Jason Mewes intros before the sold out audience at the first stop at “The Jay & Silent Bob REBOOT ROADSHOW”  tour at The Paramount Theatre in Asbury Park, New Jersey 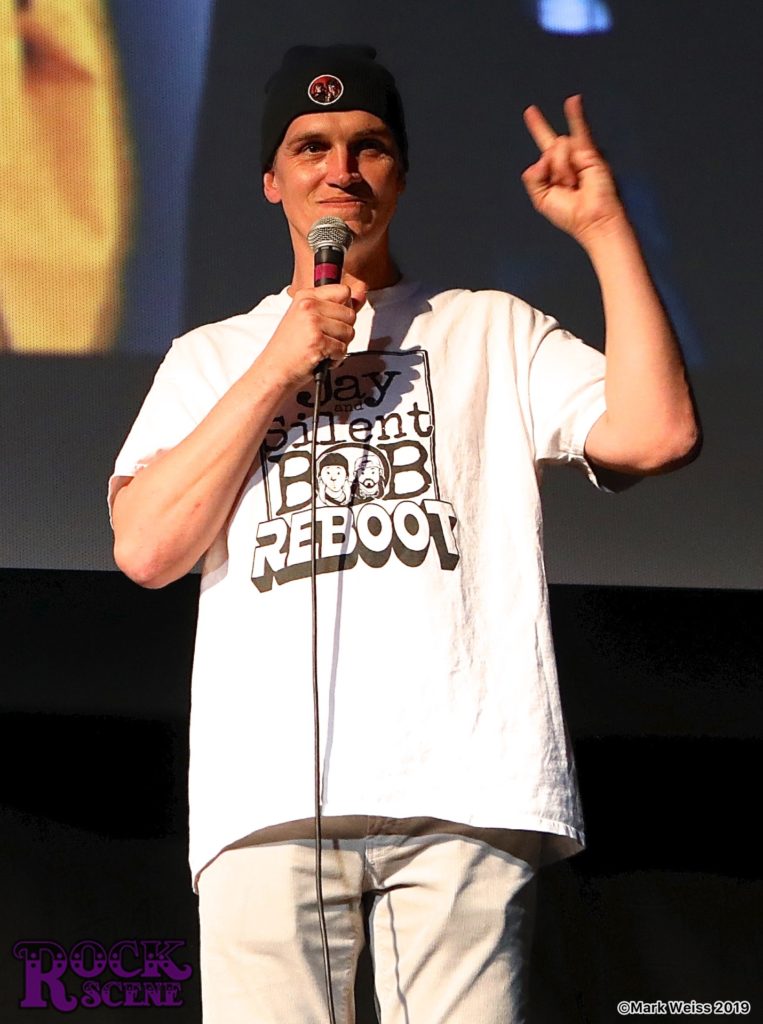 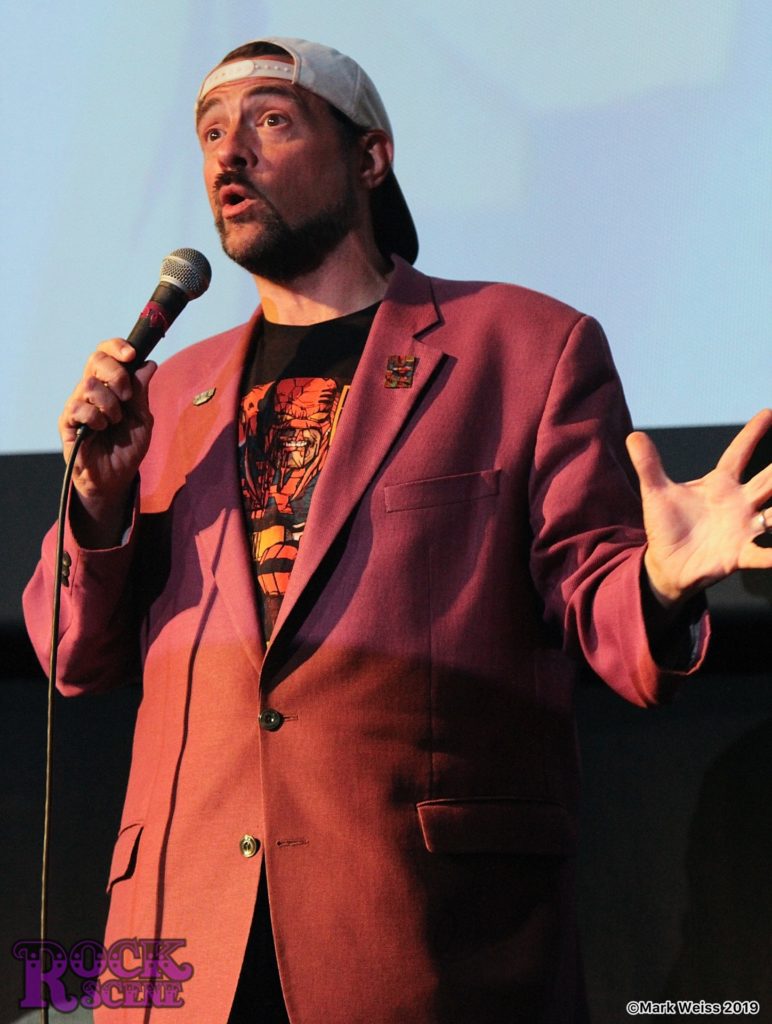 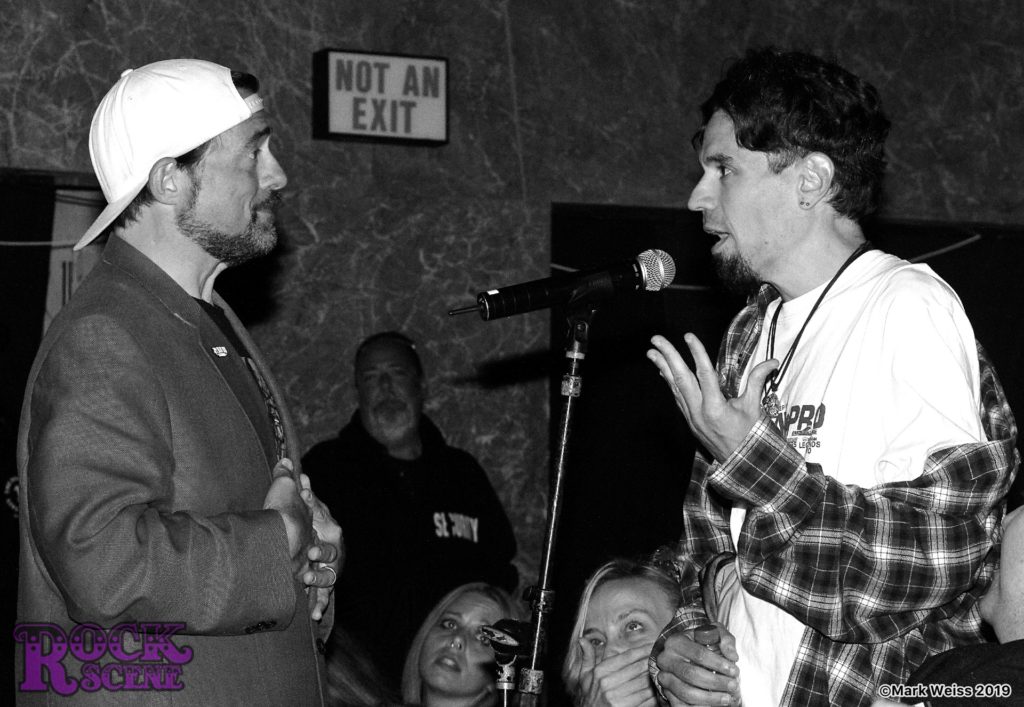 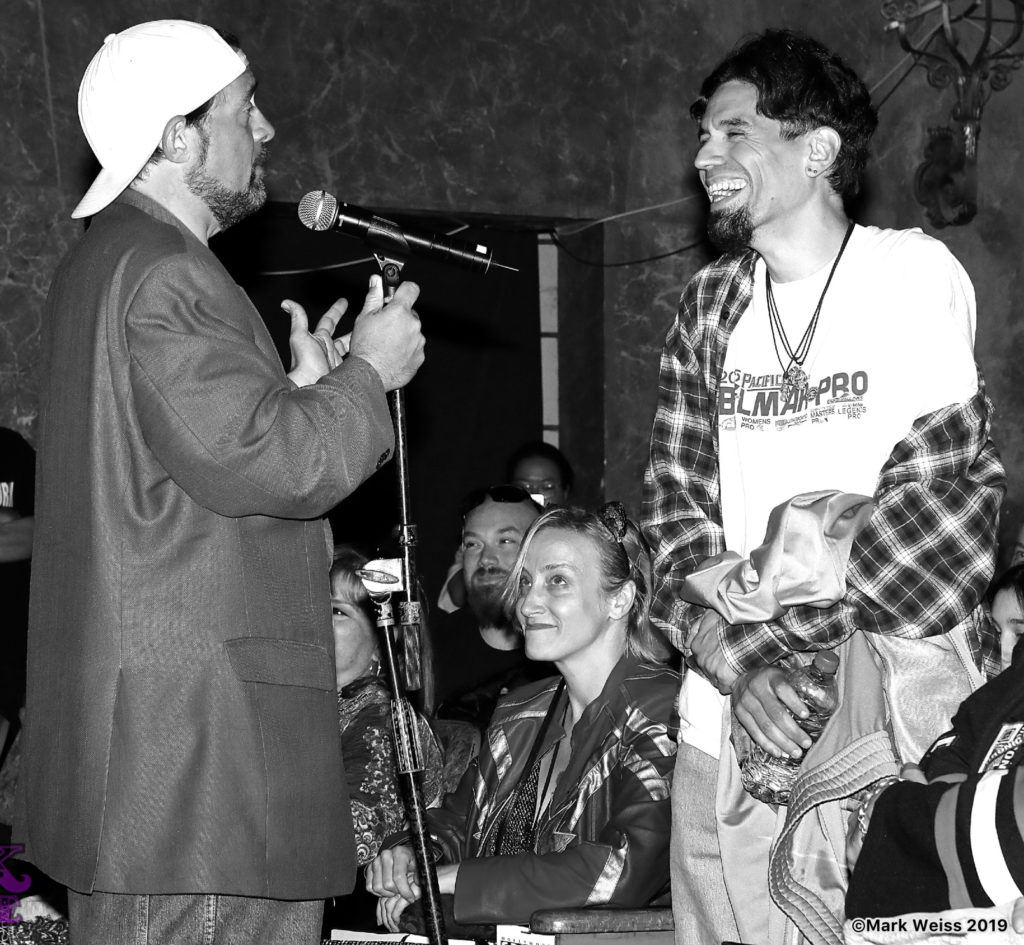 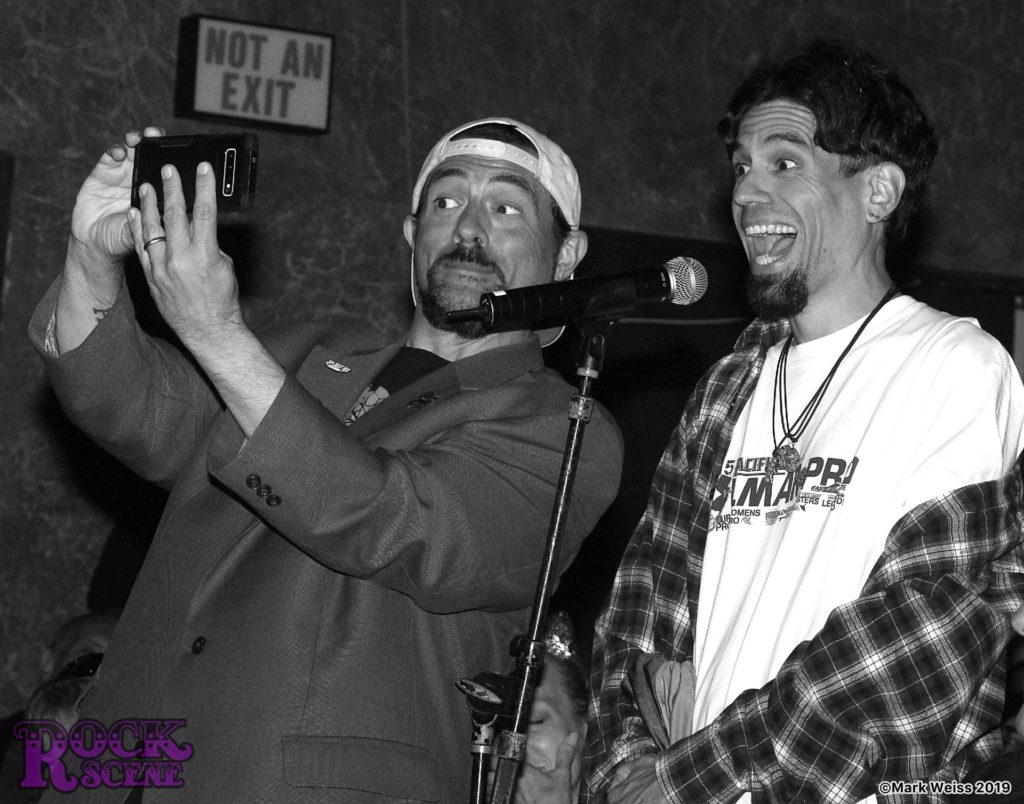 Kevin Smith goes face to face with the Q & A at the Paramount Theatre in Asbury Park, NJ on October 19, 2019

“We’re all going to throw in and kind of make this theater, We’re going to end the Jay and Silent Bob Reboot Roadshow tour at the new SMODCASTLE theater opening day in February. From here forward, we’re just going to start doing what we did at SMODCASTLE out west.” Kevin Smith tells the audience. 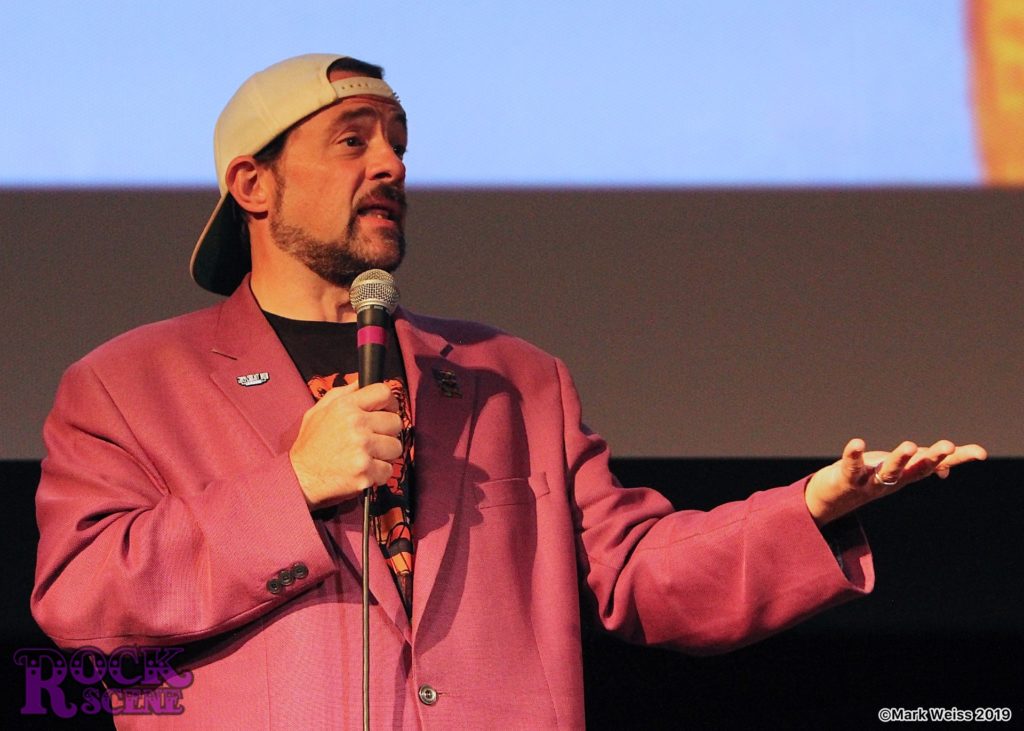 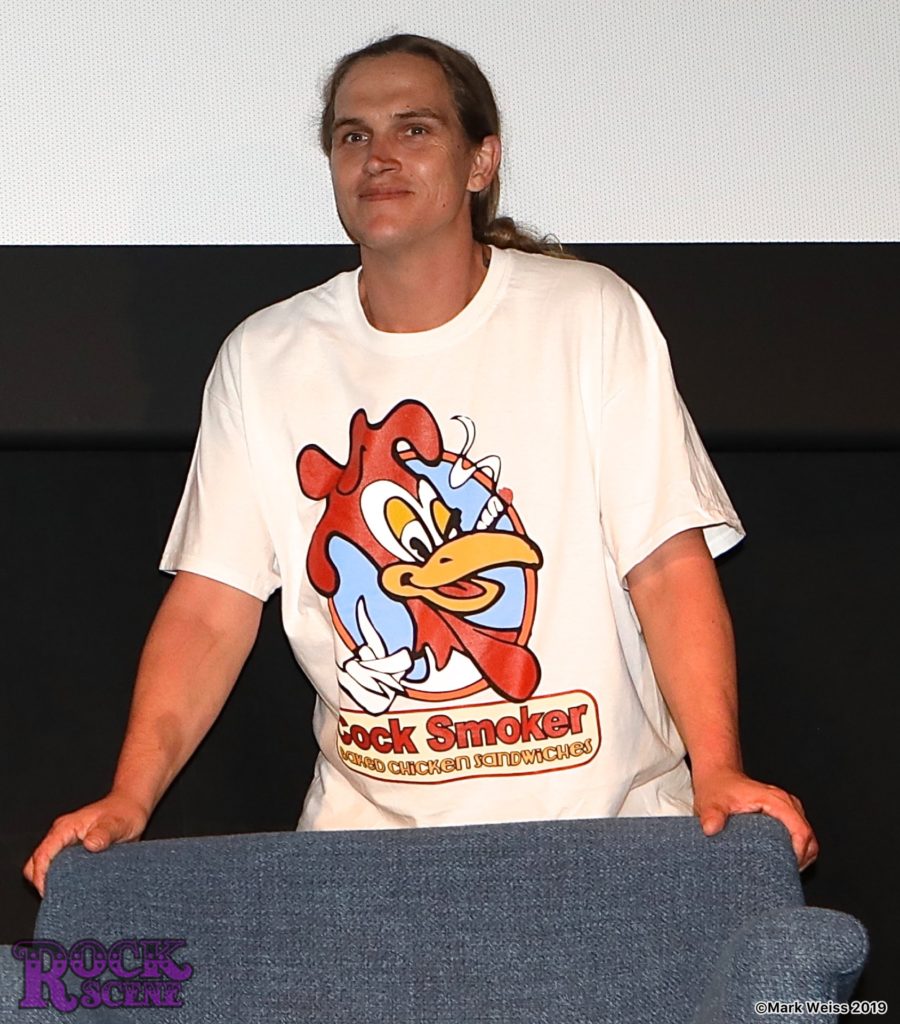 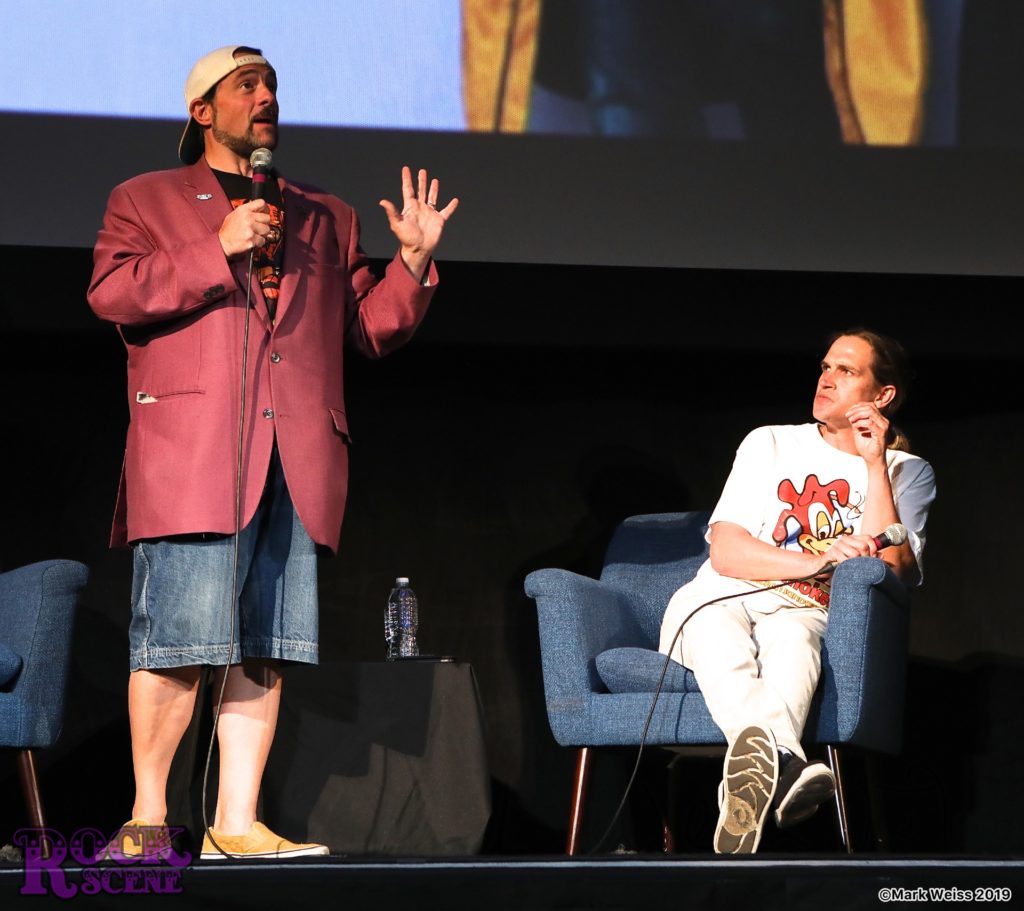 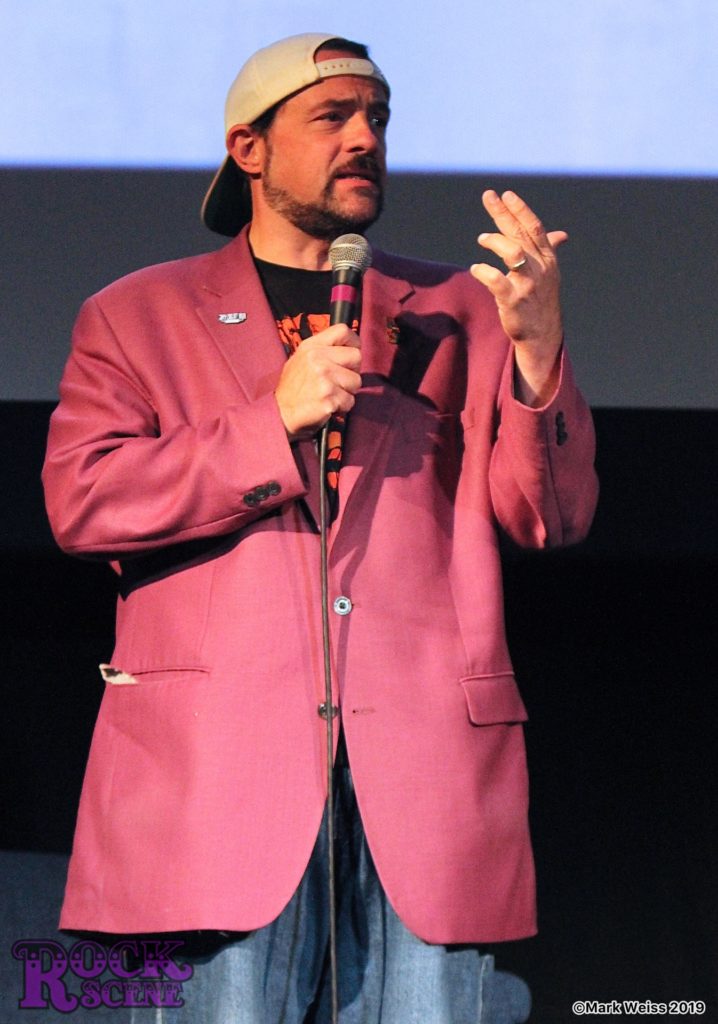 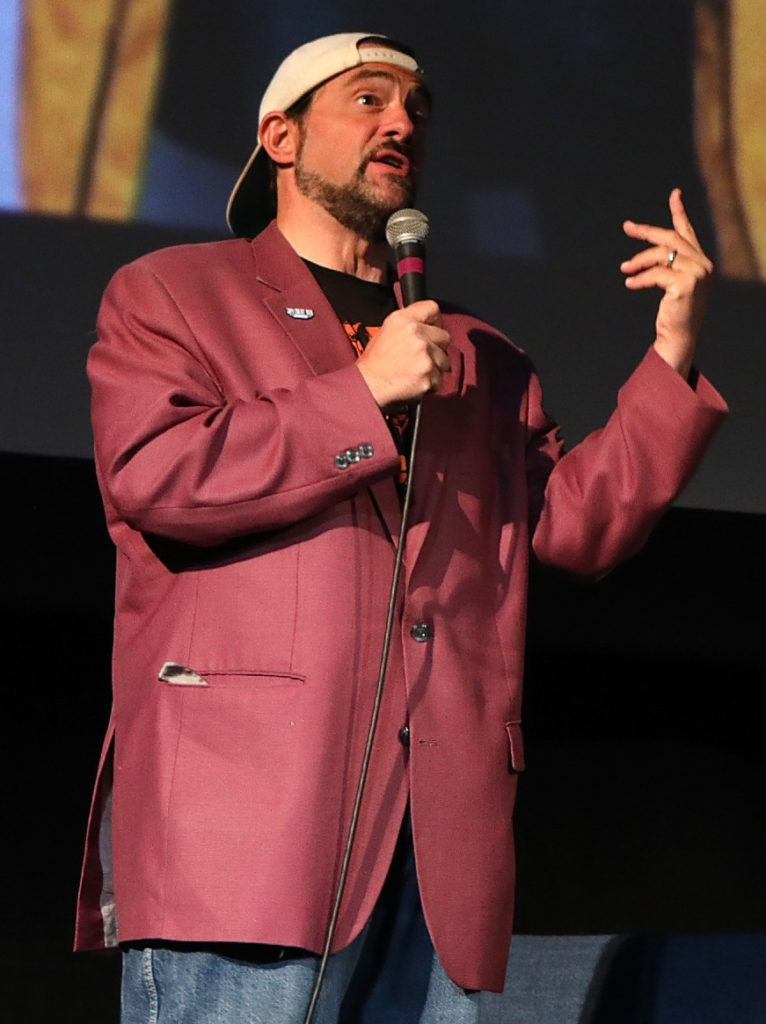 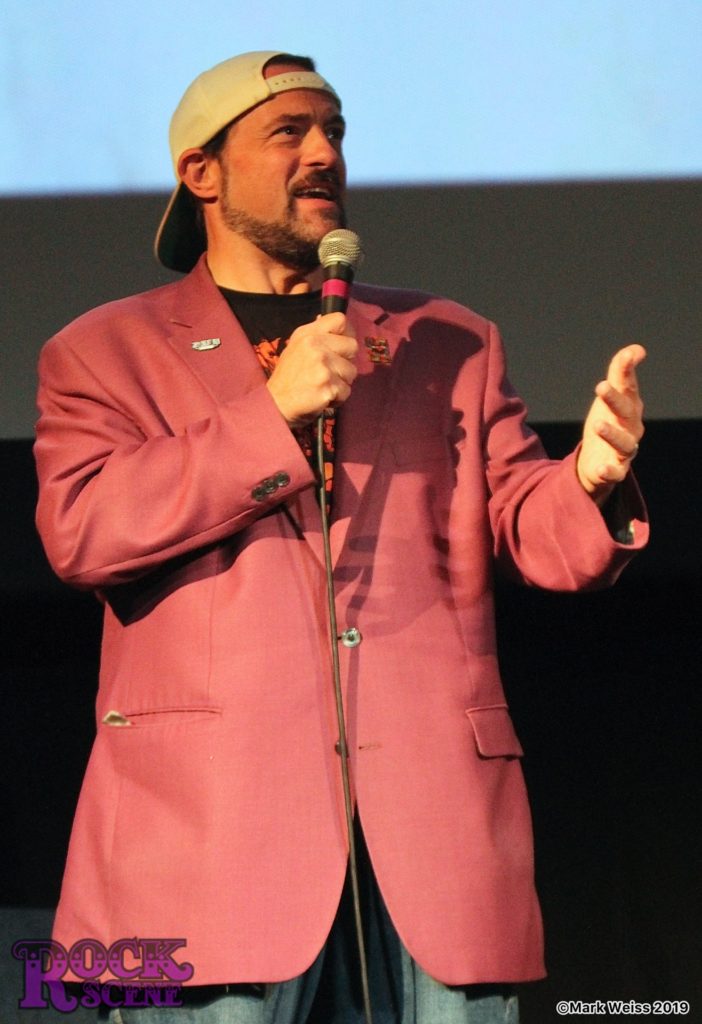 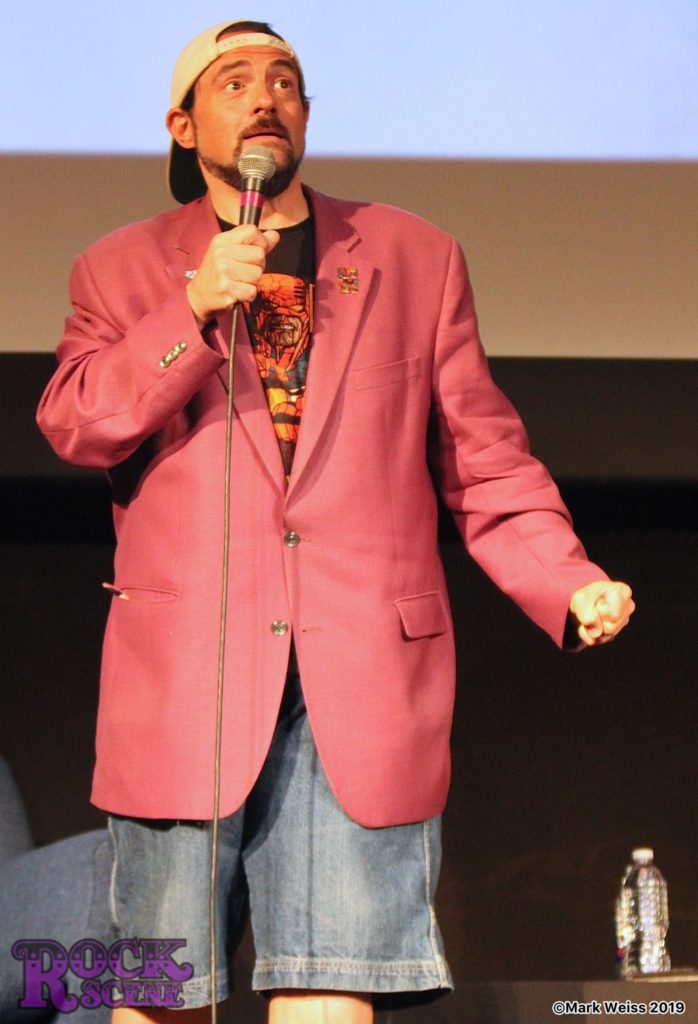 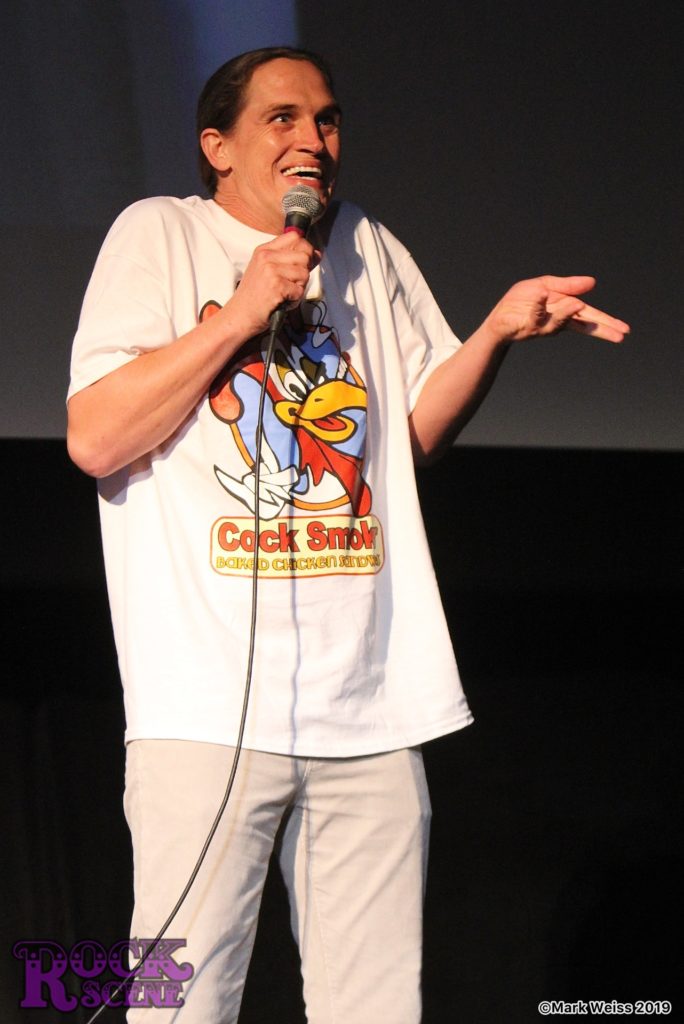 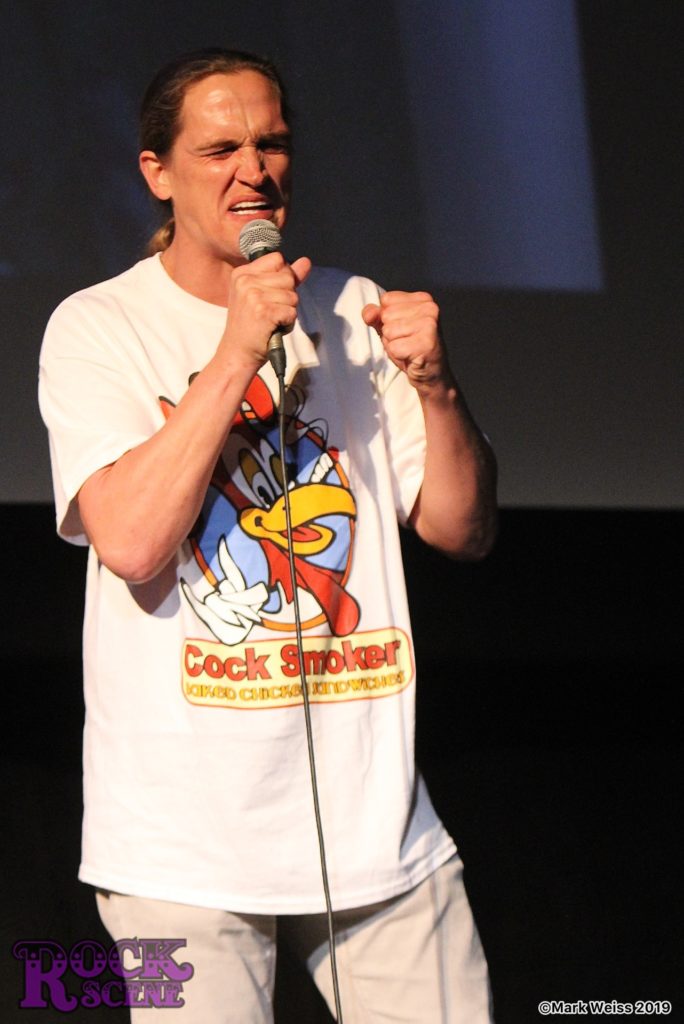 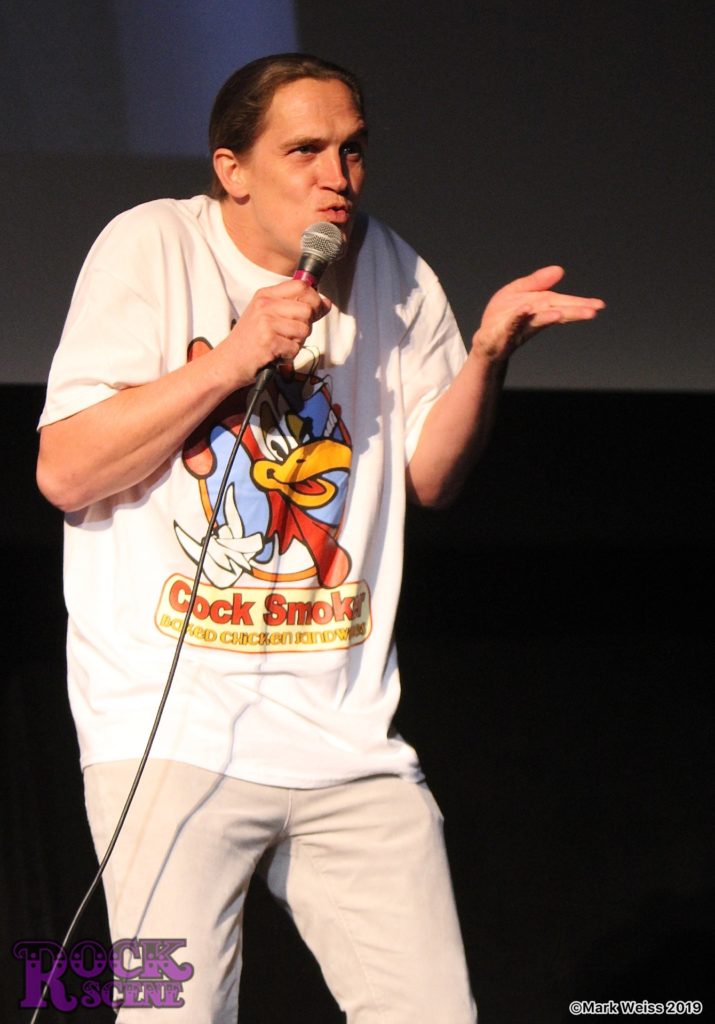 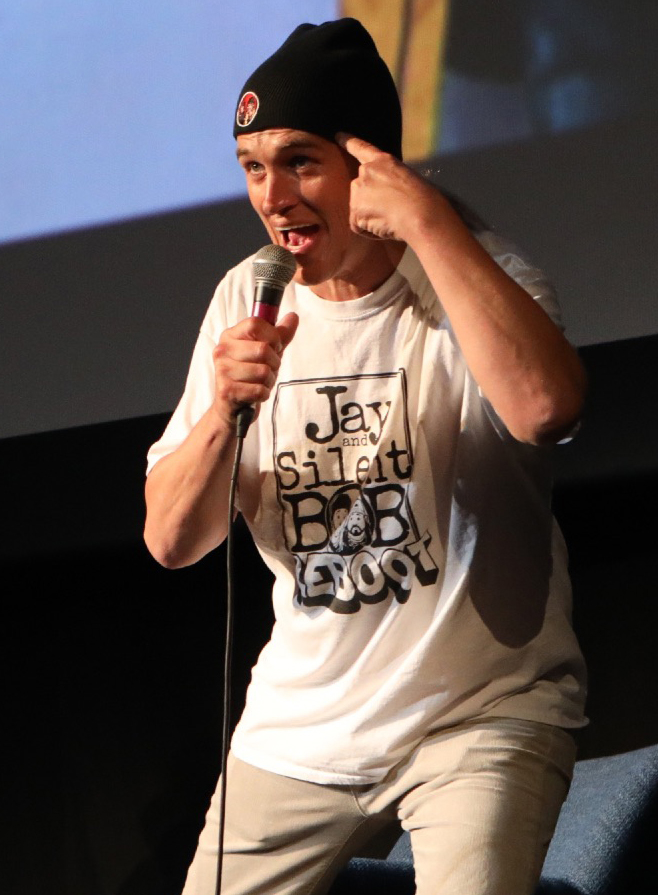 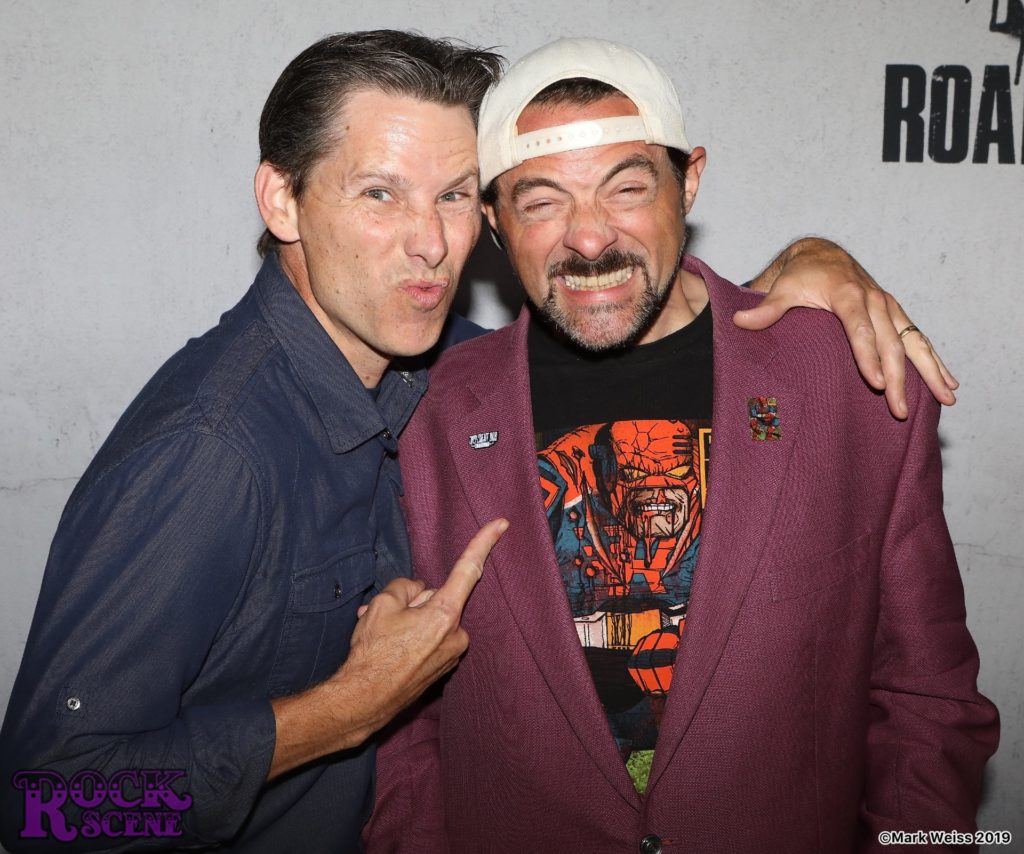 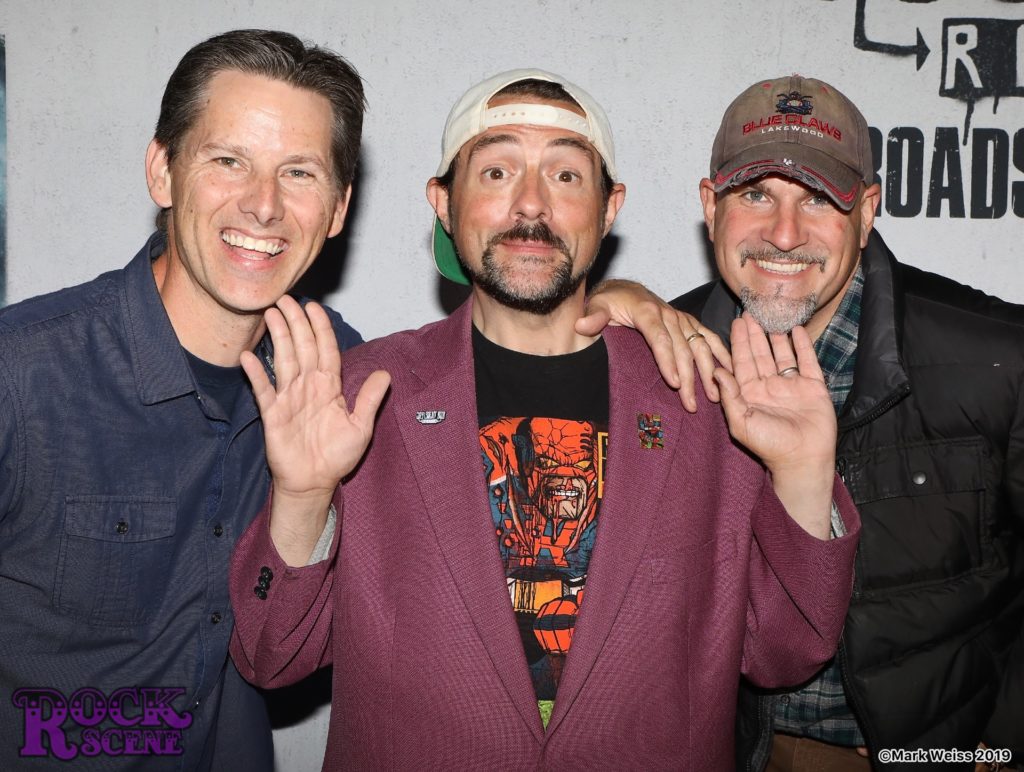 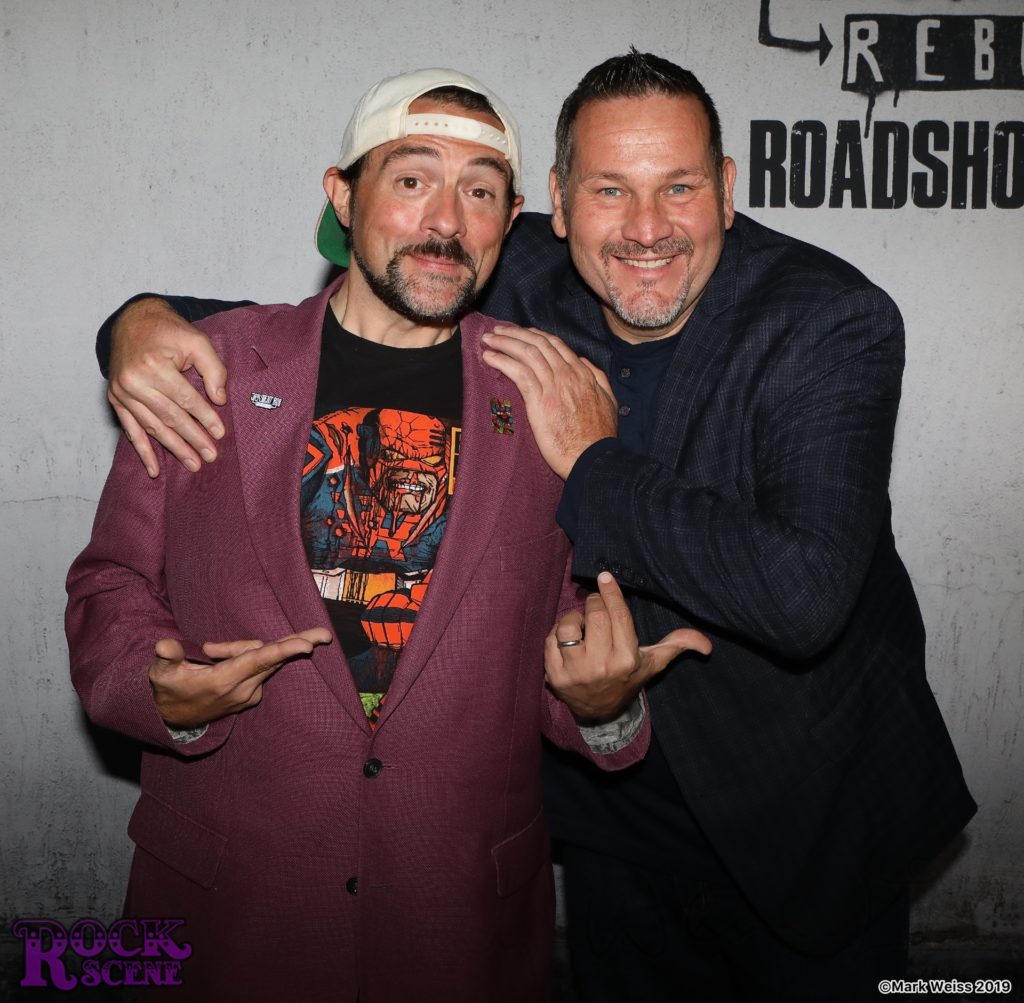 Independent filmmakers Kevin Smith passes the torch to another Leonardo boy filmmaker, Troy Burbank. Check out his movie on Amazon Prime “GONE FOR THE WEEKEND” 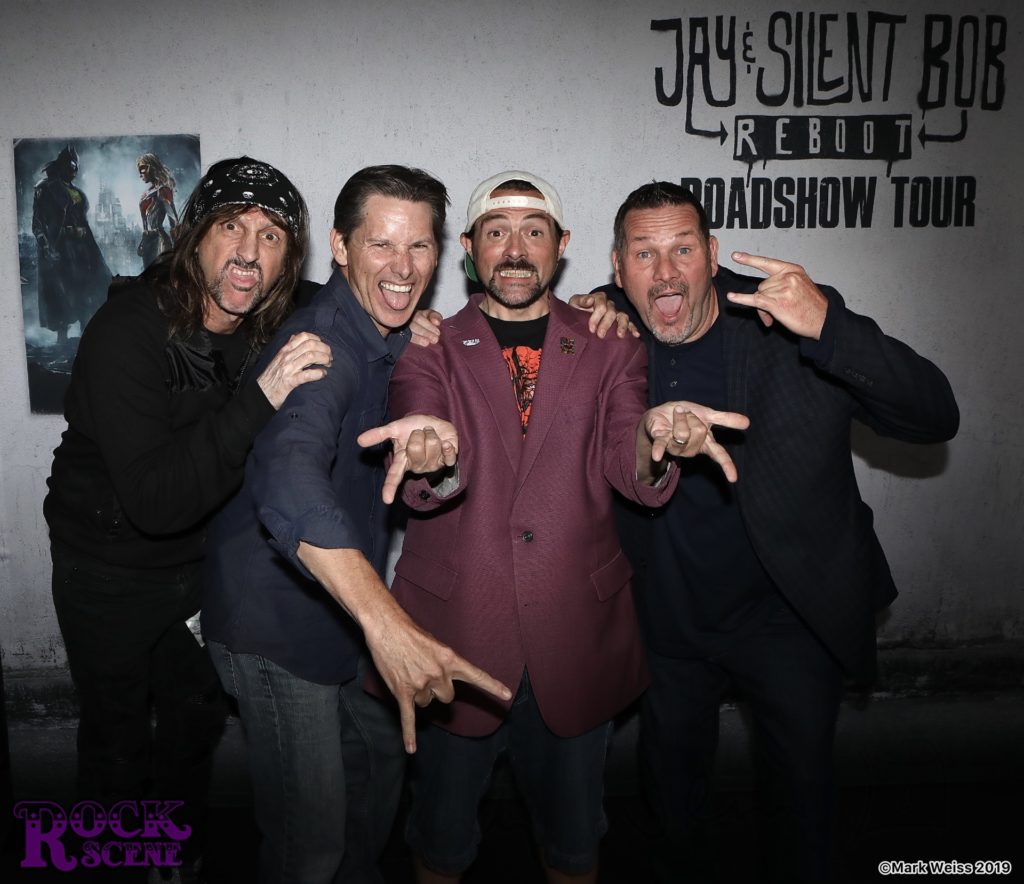 Kevin Smith with a few from the cast of  “GONE FOR THE WEEKEND “with Kevin Smith. (l-r) Mark”WEISSGUY” Weiss, Ernie O’Donnell, Kevin Smith and Troy Burbank

Kevin and Ernie talks about “GONE FOR THE WEEKEND” “I’m not taking away from him, but Troy was a boxer and he was never gonna be makin’ no movie. But then he saw us do it with CLERKS and he was like, ‘Those idiots make a movie, I can make a movie too.’ He did the lesson that I’ve been saying for years. If I can do this, anybody can do this, and the dude that lives literally right down the street from QUICK STOP picked up a camera and made a movie. It made me so happy’. Kevin Smith 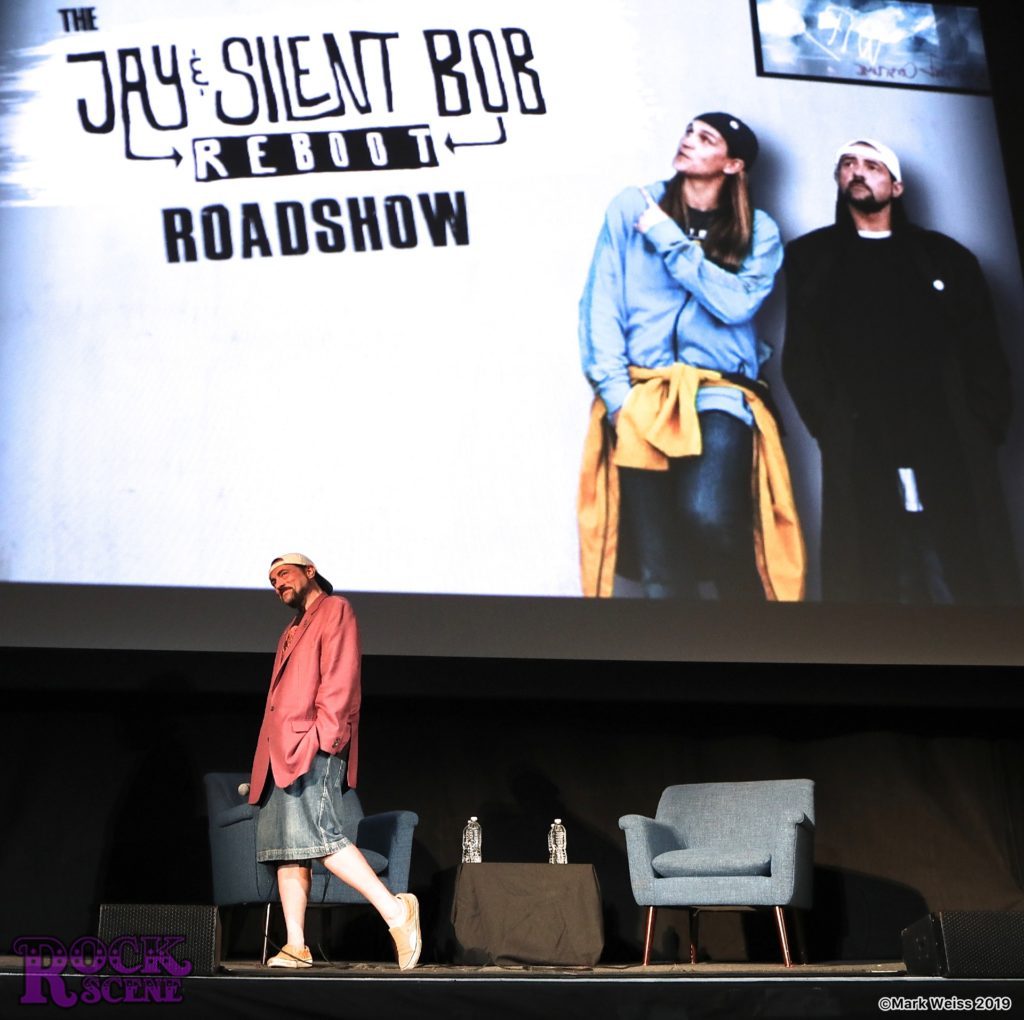