Jason Bonham was the first-born child of Led Zeppelin drummer John Bonham. During Jason’s childhood, having guests like Paul Rodgers, Jeff Beck & Bev Bevan over was the norm. “They were just friends of dad,” he says. Growing up in the Led Zeppelin family “wasn’t as wild as one would think,” he says. The exception was when Ozzy would come over to hang out with John, which one day resulted in “two drunken men with shotguns shooting trees.” When Jason was 17 years old, his band Air Race went on tour opening up for Queen. Since his father died when he was so young, the members of Queen took him under their wing and introduced him to the world of rock & roll. “They taught me so much about those days of rock & roll: of excess and debauchery.” In 2007, he was asked by Robert Plant to join Led Zeppelin for a one night only reunion, which Jason described as an out-of-body experience. He continues to honor his father’s legacy by touring as Jason Bonham’s Led Zeppelin Evening. 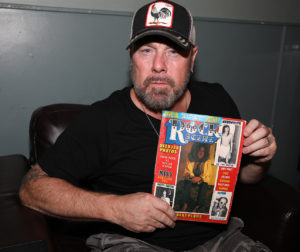 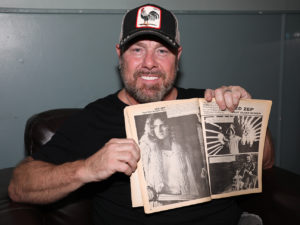 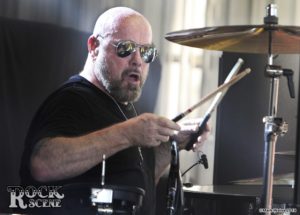