Marky Ramone remembers seeing the Beatles on TV when he was a young child and how it changed his world. His early influences were Ringo Starr and other drummers of the British Invasion. As time went on he started putting a drum set together and beating on things, driving his parents crazy. He was recording professionally at the age of 16 with his first band, Dust. They stayed together for two years before he started hanging around clubs in the New York scene. “Max’s Kansas City, CBGB’s, 82 Club, you name it. I was there,” he says. Marky became the house drummer at CBGB’s and was asked to join The Ramones when drummer Tommy Ramone left the group. The first song Marky recorded with the band was “I Wanna Be Sedated” for the album, Road to Ruin. 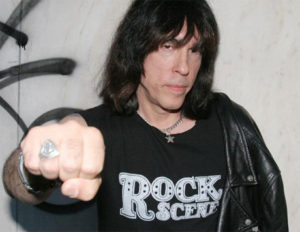