Richie Faulkner got his first guitar when he was around 8 years old. His father played guitar and was into bands like Black Sabbath, Deep Purple & Jimi Hendrix. When Richie was about thirteen years old, he connected with the owner of a local music shop who played in a cover band, covering material from Iron Maiden to Thin Lizzy to UFO. He asked Richie to play a couple songs with him at some gigs, and that was his introduction to the world of gigging. His first signed band was a band called Dirty Deeds, and they recorded an album that was produced by Steve Harris from Iron Maiden. In 2011 he got the call from Judas Priest’s management to arrange a meeting with the band after guitarist K.K. Downing left the group. Richie met with Rob Halford and Glenn Tipton. “We discussed what they wanted, what they didn’t want, and they also discussed what I wanted and didn’t want” he says. “They wanted someone in the band, they didn’t want a hired gun. They wanted someone who’d give a thousand percent to the band and they’d give a thousand percent back.”

Richie Faulner performs with Judas Priest on September 6, 2018 at the PNC Art Center in New Jersey. 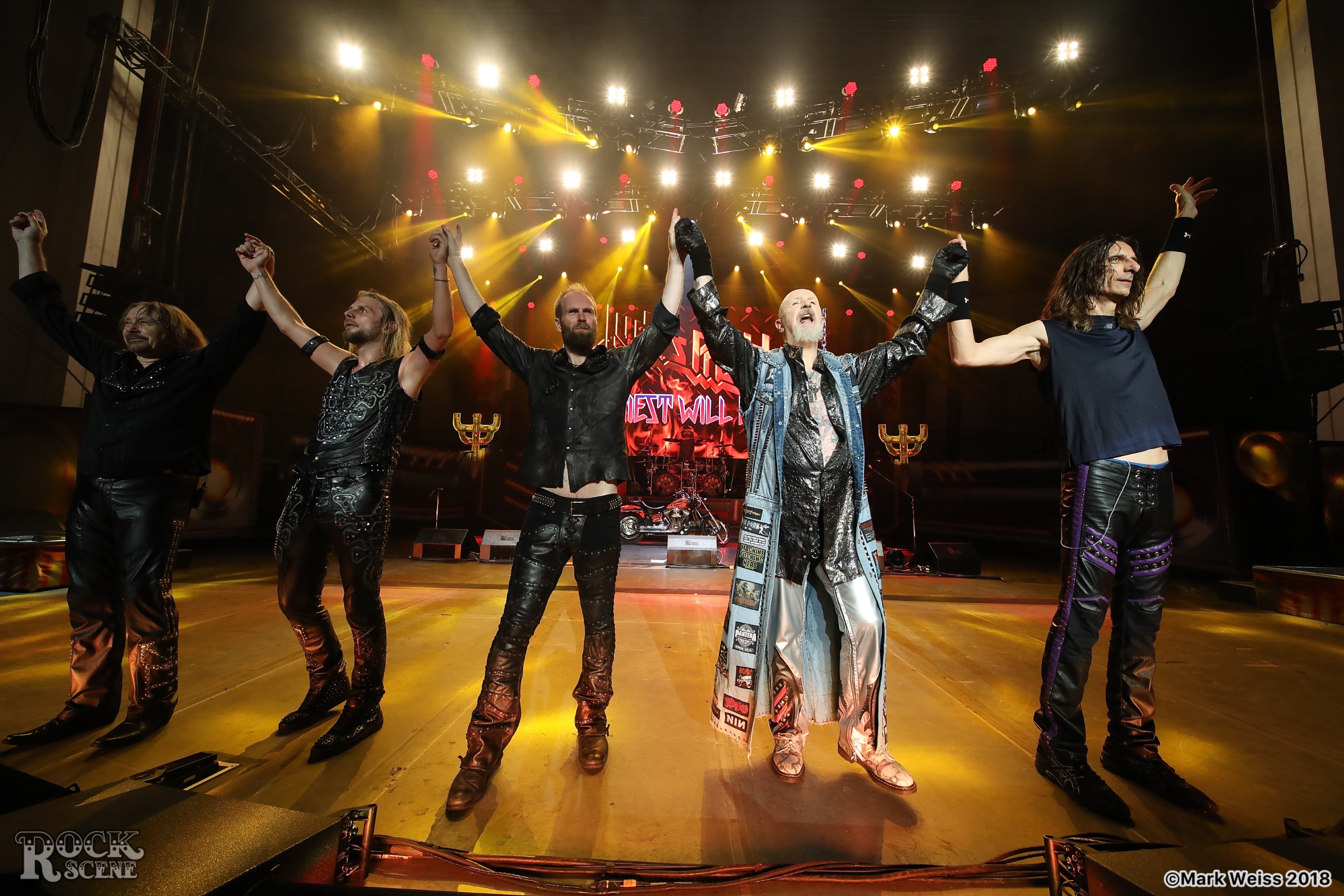