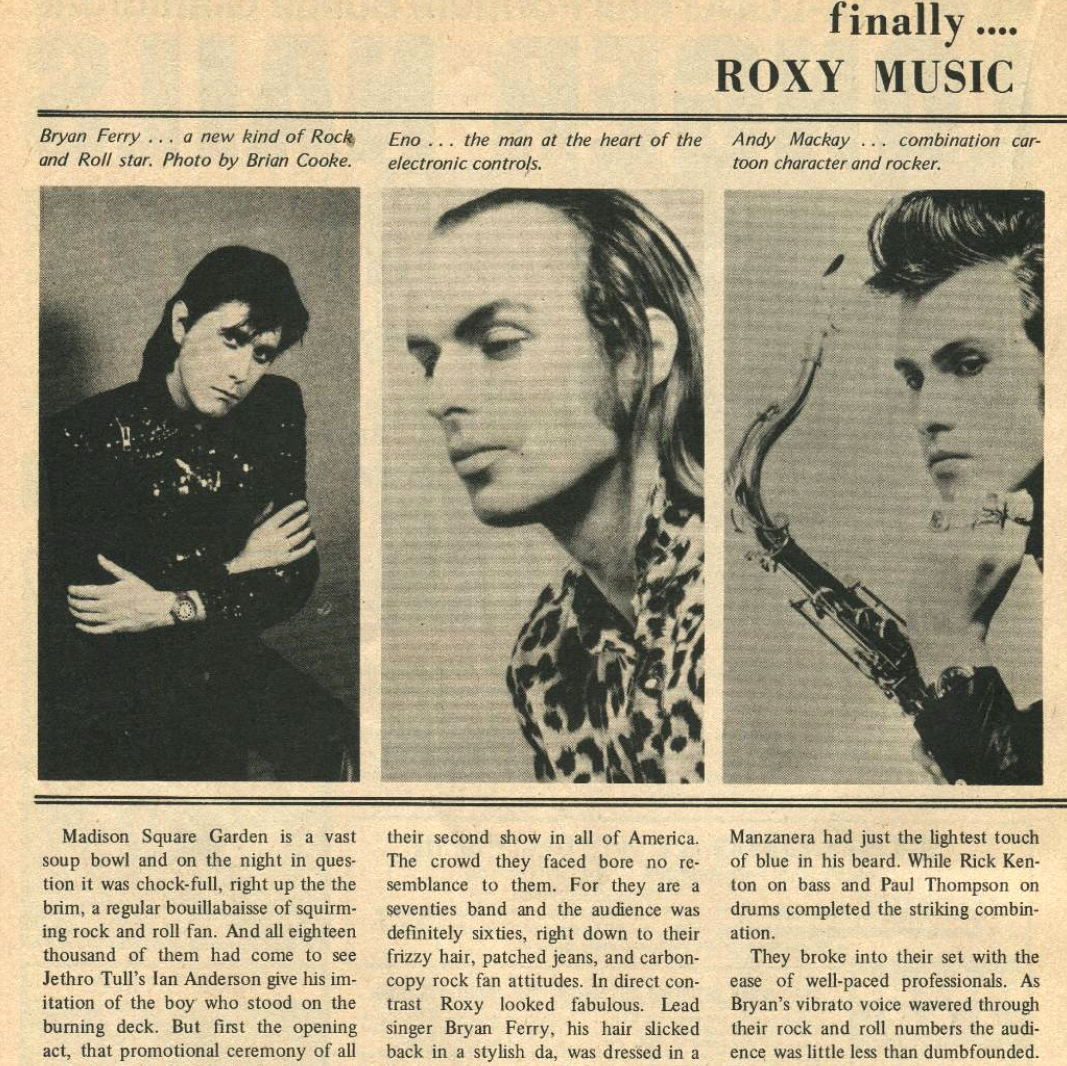 Check out the full article on  page 20 in the May 1973 issue of ROCK SCENE magazine .

Bryan Ferry performs “A Hard Rain’s A-Gonna Fall,” from his 1973 debut album. These Foolish Things consisted of all cover songs. This opening track was originally written by Bob Dylan and released on the 1962 album, The Freewheelin’ Bob Dylan. The rest of the songs on These Foolish Things are covers of songs by The Beatles, The Rolling Stones, The Beach Boys, and more