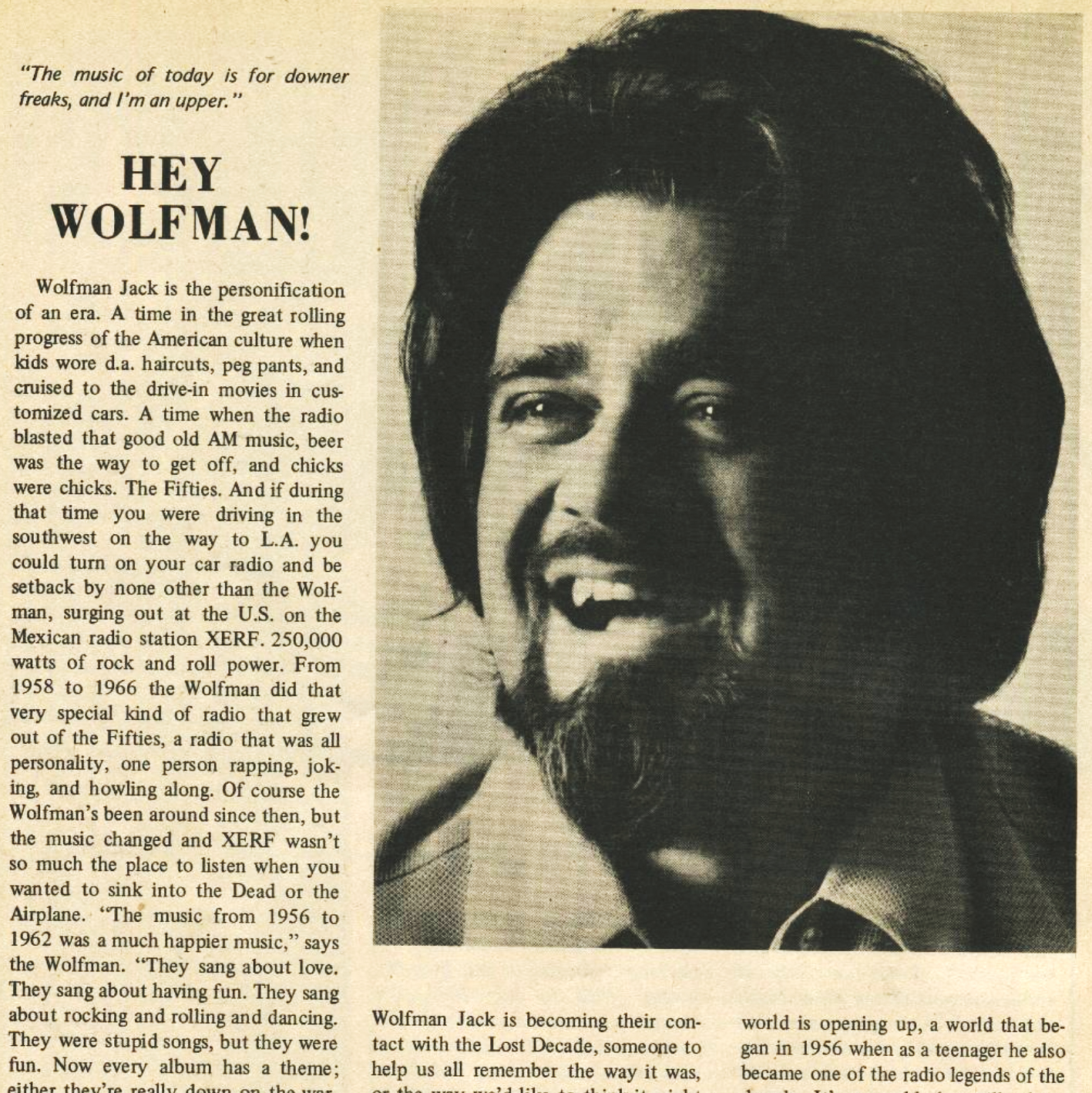 In this scene from the 1973 film, American Graffiti, the character Curt (Richard Dreyfuss) visits a radio station and receives some advice from Disc Jockey Wolfman Jack, (played by himself). The DJ pretends to be someone else, and when asked where the Wolfman is, replies, “The Wolfman is everywhere.” An article on page 28 describes his involvement in the film, “Wolfman isn’t just a DJ, he’s involved with the pop media.”