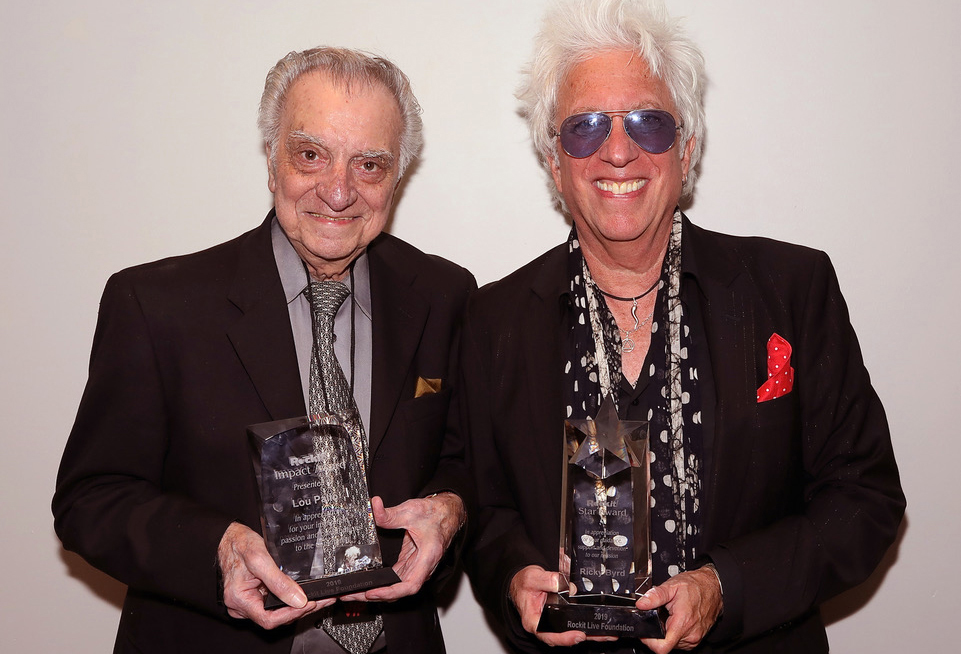 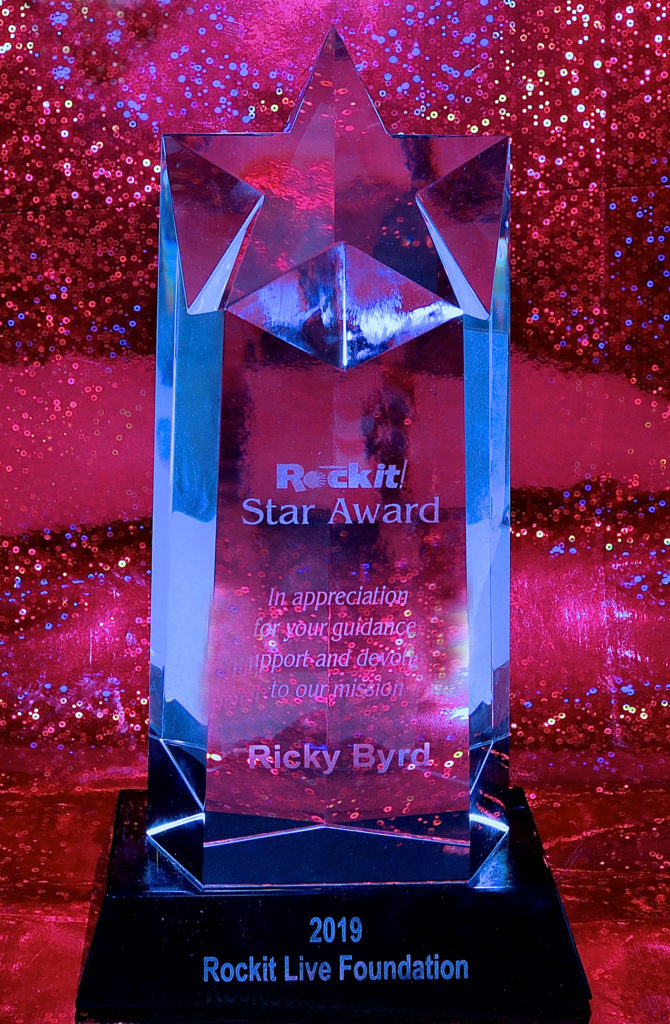 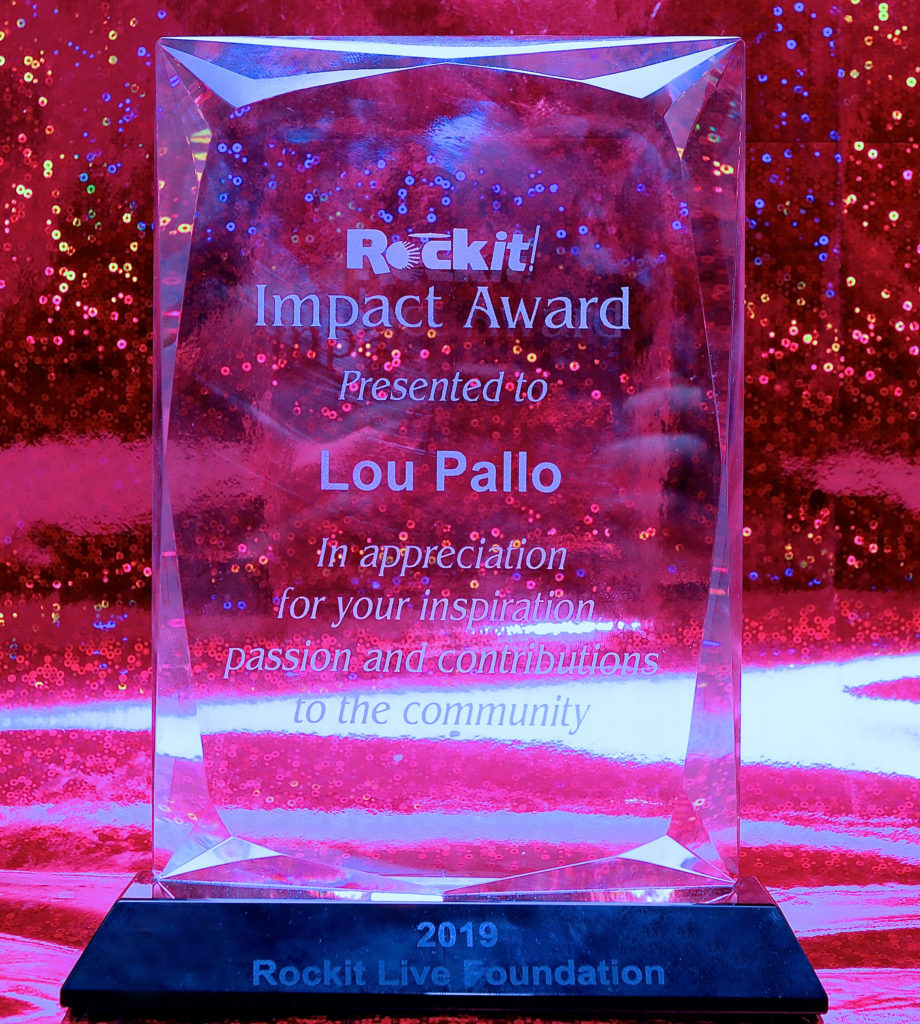 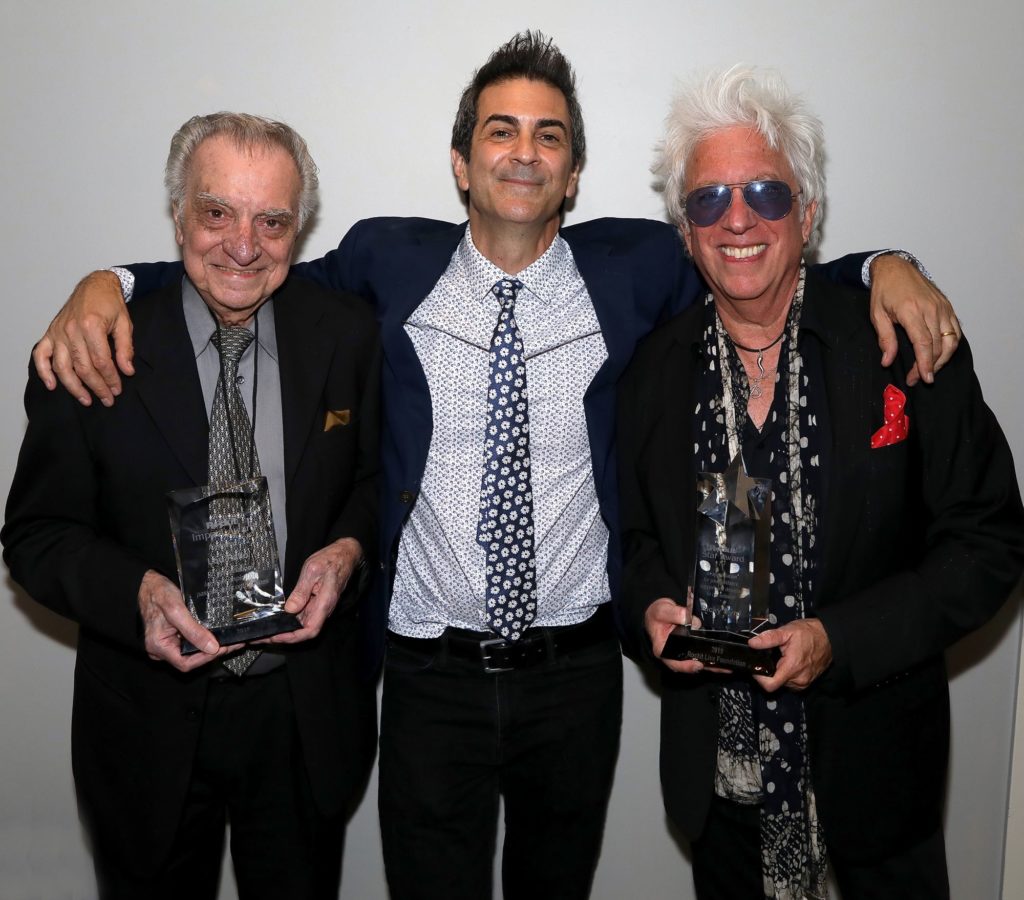 The 4th annual Rockit Live Foundation Gala went on without a hitch at The Two River Theater in Red Bank, New Jersey on Thursday,August 22, 2019. The honoree, Ricky Byrd, had first performed with the Rockit Academy Band in 2015 at the Count Basie theater, when his longtime friend, photographer Mark Weiss, asked him if he would be a part of their production of Tommy. Byrd states: “I have done several events with the gang at the Rockit Live Foundation. I love their mission and all the kids involved are top notch players and singers. It’s a pleasure to get onstage with them and an honor to be on their advisory board.”   Founder / Executive Director Bruce Gallipani is honored by the support he has been receiving from all involved with the Rockit family. “Our honorees, Ricky Byrd and Lou Pallo play such an important role in music history. But in honoring them, it’s more about all they do, and the role they play when they are not in the limelight. The Rockit Academy is grateful and blessed that Ricky and Lou share their talent with our students.”

Lou Pallo acceptance speech at the Rockit Live Foundation 2019 Gala at the Two River Times Theatre in Red Bank, New Jersey followed by a performance of “Over the Rainbow” by Lou Pallo with Camille De La Cruz.

Ricky Byrd acceptance speech at the Rockit Live Foundation 2019 Gala at the Two River Times Theatre in Red Bank, New Jersey followed by a performance of “I Love Rock & Roll” by Ricky Byrd and the Rockit Academy band. 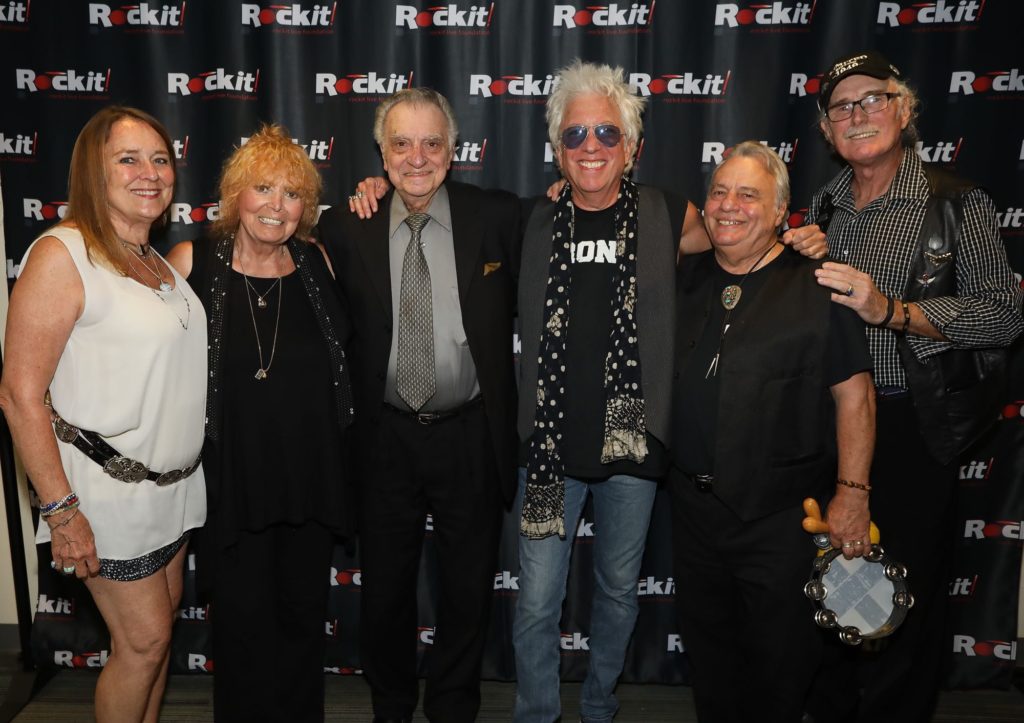 The event Thursday night began with a VIP reception where the guests were greeted by honoree Rock and Roll Hall of fame Inductee, Ricky Byrd and Lou Pallo, the recipient of the Rockit Impact award. Also in attendance was recording artist and SiriusXM radio personality Genya Ravan (Little Steven’s Underground Garage), Eddie Brigati of the “Rascals,” and fellow Hall of Famer Vini “Mad Dog” Lopez, the original drummer from the E Street Band.

Performances by the Rockit Academy Band followed, in the intimate Two River Theater, where they played a 70 minute set inspired by “Bird” songs to honoree Ricky Byrd: Bluebird, Mockingbird, And Your Bird Can Sing and others, closing with a highly energized version of Freebird. After a brief intermission, Genya Ravan, performed Don’t Go In The Bathroom, from her new album Icon (inspired by the bathroom at CBGBs where Genya was part of the 70’s NYC scene as well as making hit records in the 60s with the first ever all female rock band signed to a major label, Goldie and the Gingerbreads). “I Love The Rock It Academy.  I heard our future rock stars. GREAT ORGANIZATION!” said Genya Raven.

Eddie Brigati, joined by his wife Susan, along with the kids performed The Rascals #1 hits How Can I Be Sure, Good Lovin’ and People Got To Be Free. He then presented the Rockit Impact Award to guitarist Lou Pallo, who has performed with a who’s who of artists over the years from every style and genre, including a 19-year run supporting Les Paul at the Iridium club in Manhattan. Pallo said in his acceptance speech “One of the biggest highlights in my musical career was playing two nights with the Washington National Symphony Orchestra at the Kennedy Center and of course playing with Les Paul. More recently, I had the pleasure of meeting Bruce Gallipani & the students of the Rockit Academy and performing with them. This has become the most memorable part of my music career so far”. After accepting the award, Lou and Eddie performed I’m Confessin’ That I Love You with the Rockit musicians, followed by Lou and 11-year-old Camille De La Cruz on Over The Rainbow.

Students and Bruce Gallipani presented the Rockit Star Award to Ricky Byrd before a blistering set of Joan Jett and the Blackhearts songs. Vini Mad Dog Lopez joined Byrd on Clean Getaway – the title track of Byrd’s latest album. The show closed with a finale of I Love Rock n Roll.

The silent auction boasted dozens of donations from business supporters, along with advisory board members Carmine Appice (a drum package) and Mark Weiss who donated many of his classic rock photography, as he does each year. Maureen & Steven Van Zandt, Jon Bon Jovi and Debbie Harry also showed their support with signed items as well as concert VIP packages. 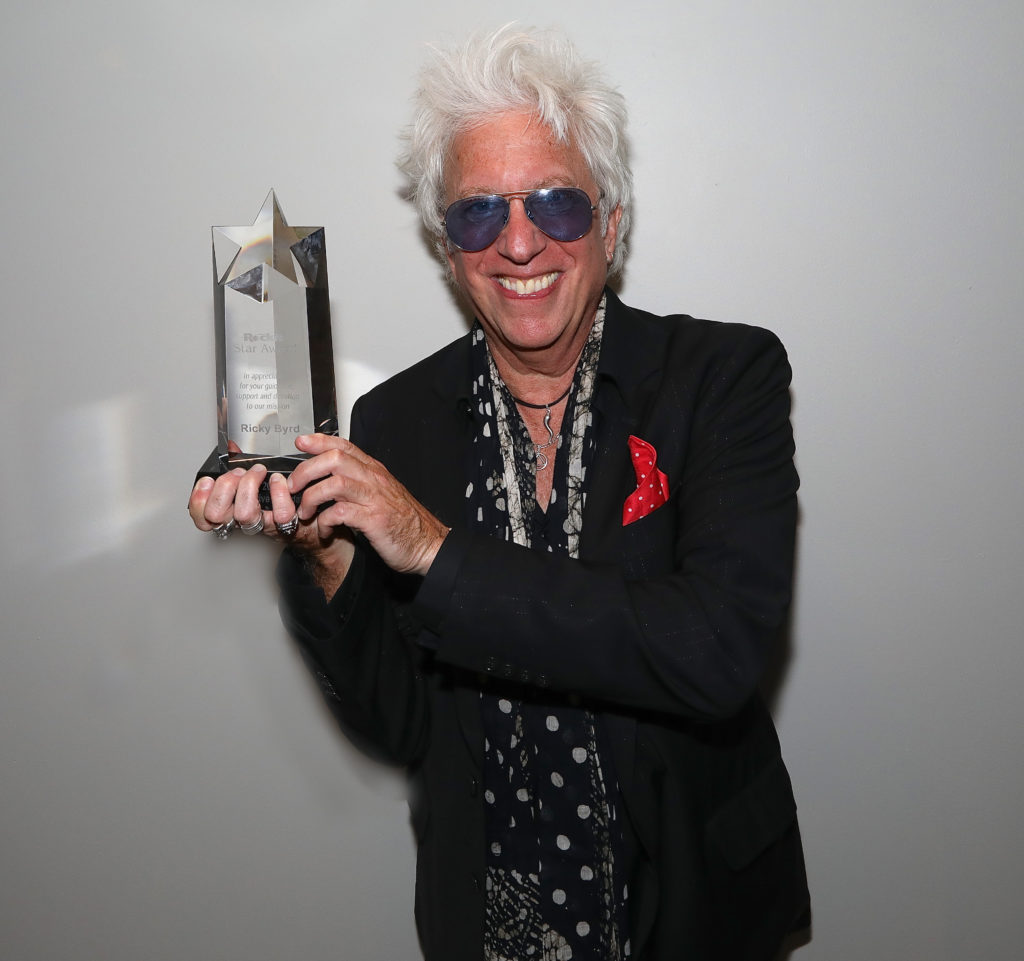 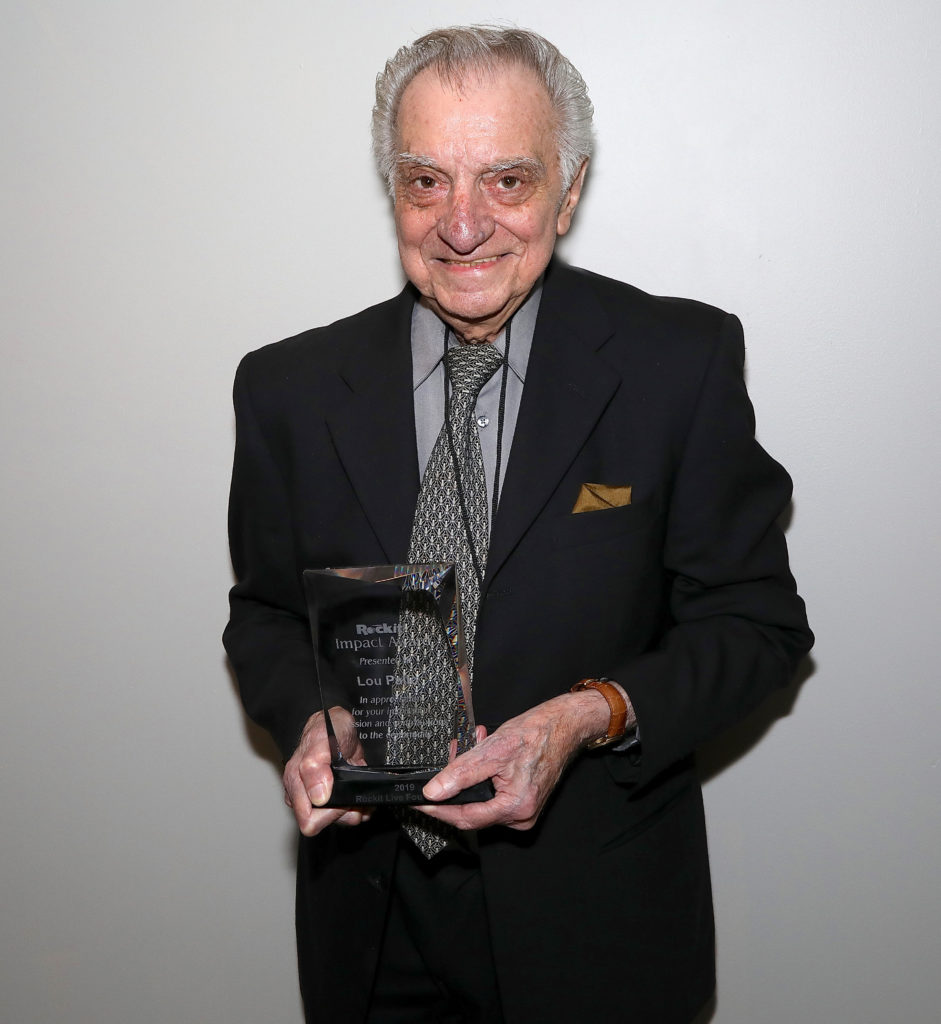 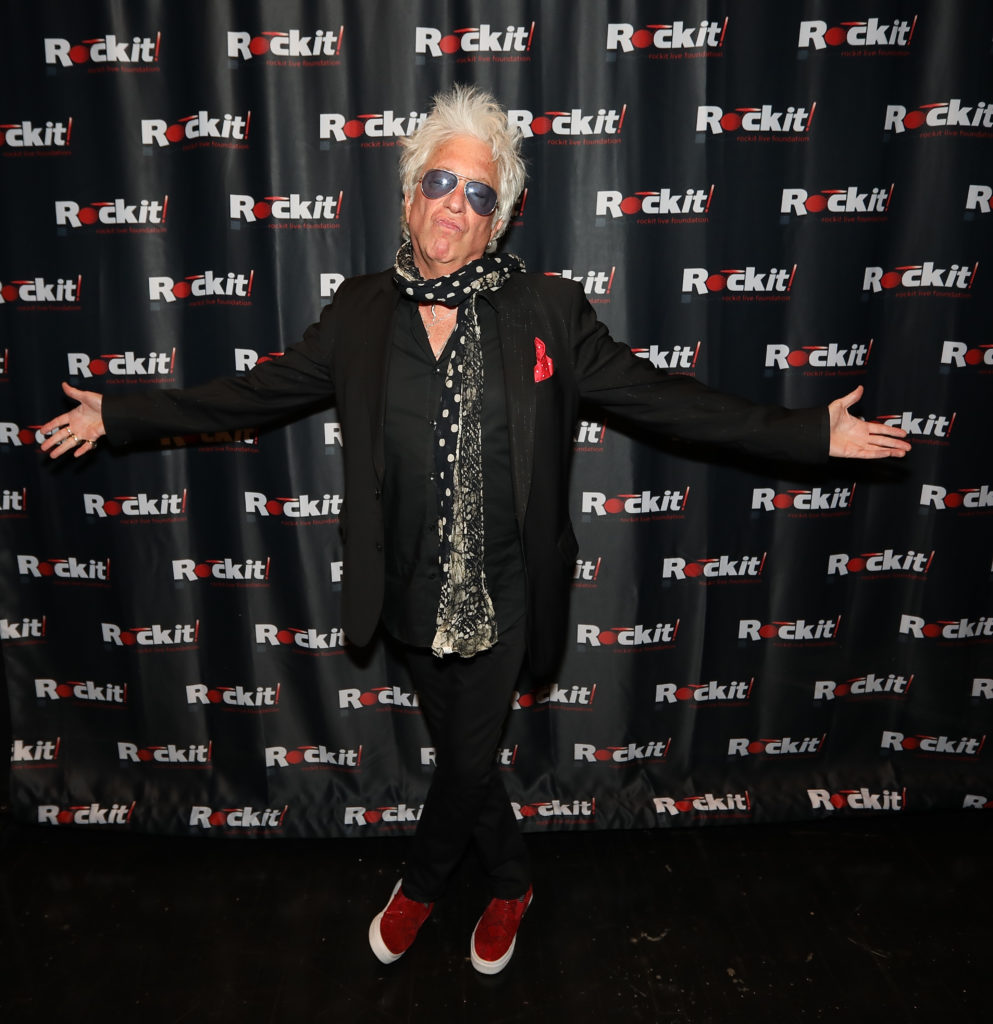 “I Have done several events with the gang at the Rockit Live Foundation. I love their mission and all the kids involved are top notch players and singers. It’s a pleasure to get onstage with them, and an honor to be on their advisory board.”

Rockit Live Foundation is a non profit and encourages donations and sponsorships to  learn more about ROCKIT go to their website.