London−A good deal of this issue of Rock Scene has been put together in such far-flung places as Paris, London, New York, and Los Angeles. You’ll find a report on Alice Cooper and French rock and roll along with observations on the British rock scene; you’ll see that we’re keeping up with L.A. and San Francisco doings as well as searching out the latest doings in good old New York. It’s rather remarkable that rock can thrive in so many places simultaneously. Each city across the U.S. and Europe has something to offer the rock fan, some sign that popular music is at once personal and universal. I’ve been on the road (or in the air) a good deal over the past few months−watching young people dance the night away in Paris disco clubs, sitting in the middle of David Bowie pandemonium in New York theaters, traveling to London suburbs to see Roxy Music play. And everywhere it has all been the same in a way for the music has always been good, the people have all been set on having their own version of a good time, and the concept that any of us can be too far apart has been very difficult to deal with. Governments and their politics sort of fade away into some sub-human form of existence that has neither the energy nor the vitality of a rock event−passport controls and customs and all those laws to rule the people disappear once everyone agrees as to what they’re into, no matter how difficult it may be for any of them to agree as to exactly what their version of it is.

As you can probably see if this is the second issue of Rock Scene that you’re reading, this magazine is slowly developing a life and form of it’s own. I am the editor so I do have some little idea of what the magazine is trying to be, but like the music, Rock Scene has many elements both universal and personal. I’m not trying to make a big deal about the fact that our contents comes from everywhere that rock is happening, that is an accepted matter of fact for those of us who are working on the magazine every issue. But I am trying to point out that there are no boundaries for what we put in the magazine, which can be both exciting and a little dismaying at the same time.

Read More
There have been so many barriers, so much intolerance, built-up by the people who listen to the music over the past few years. Some folks are busy putting down one form of music to hold up another. Others have put themselves in the position where they think that to be hip about the music means to be negative about the music they don’t think is hip. And through it all I’ve only met a few truly hip people and always they’ve been people who were warm, open human beings, not snobbish super-stars. A lot more of this exists in the U.S. than anywhere else.
It’s a bad sign for our music if it continues. If you like the Doobie Brothers but not the Osmond Brothers remember that to put the Osmonds down isn’t going to do too much good. Enjoy the Doobie Brothers and let it go at that. If you’re going to be uptight about somebody else enjoying the music they like then you’re going to be nothing more than a fascist music politician and you shouldn’t be bothering all of us who love the music−go run for senator or something. As I’ve been saying, I’ve seen a good deal of the English speaking music world in the last few months and I would find myself hard-put to get involved in an argument as to whether the Osmonds are a non-valid band or whether Eric Clapton is the world’s best guitarist. The time has come when we must make a concerted effort to understand that rock and roll has brought us far enough together so that we can disagree; thus we must have the expansion of consciousness to understand that we can’t disagree to the point where we destroy our togetherness. Now that may seem an idiotic statement filled with unnecessary complexities. But it is the truth. Music and politics are a beautiful contrast in the way that human beings relate with one another. In politics the man on the left and the man on the right seem intent on proving themselves through convincing others that the guy who’s running against them is wrong. In music the majority of the audience is happy just to enjoy the music, to take part in the celebration that the music can bring without having to jail the music and musicians they don’t like. But there is a constant hint of the political attitude in music. The constant sense that successful music that you don’t like is somehow a threat to what you do like. There’s no need for this, no joy in it, no life. And what I’ve seen in the past few months is that for many millions of young people, music is life in a weird sort of way. I’d like to cast my vote for it to continue that way, not get splintered up into little pockets of petty bitching about who is good and who is bad. Let the politicians worry about that. Let’s just “listen to the music”. That doesn’t mean we have to live a passive existence where others decide the course of our lives, but it does mean that we have to understand ourselves and each other to the point where we aren’t threatened every time someone plays an old chord a new way−for there are no new chords. The chords, the notes, the patterns that the Osmonds play are the same as those that the Beatles, Hendrix, and the Stones have used. The difference lies in the way we hear them. If you can understand that you’re well on the way to understanding why there’s a magazine like Rock Scene and why you’re reading it.
Related Videos 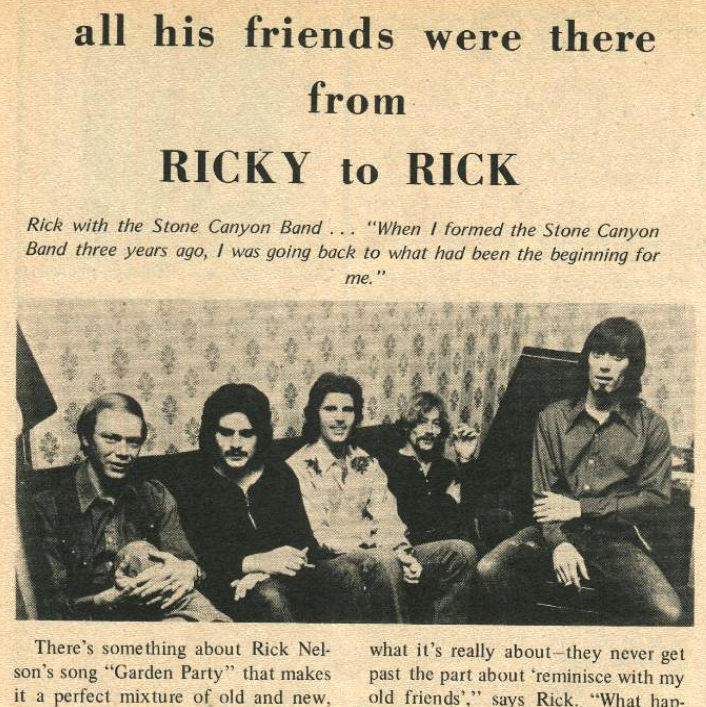 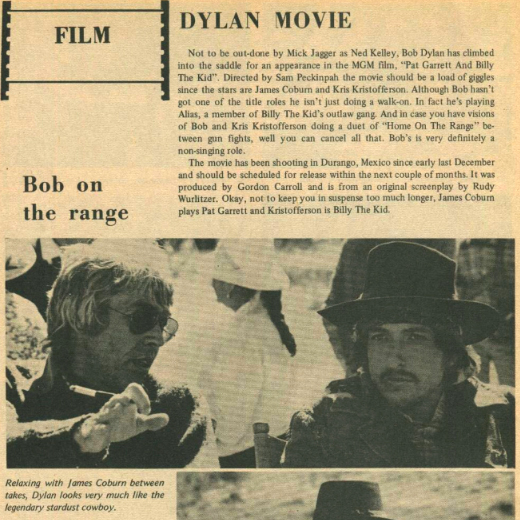 Read the full article 0n page 78 in the May 1973 issue of Rock Scene magazine Bob Dylan appears in the 1973 film Pat Garrett and Billy The Kid as the character “Alias”. This scene shows “Alias” caught in the middle of a shootout.… 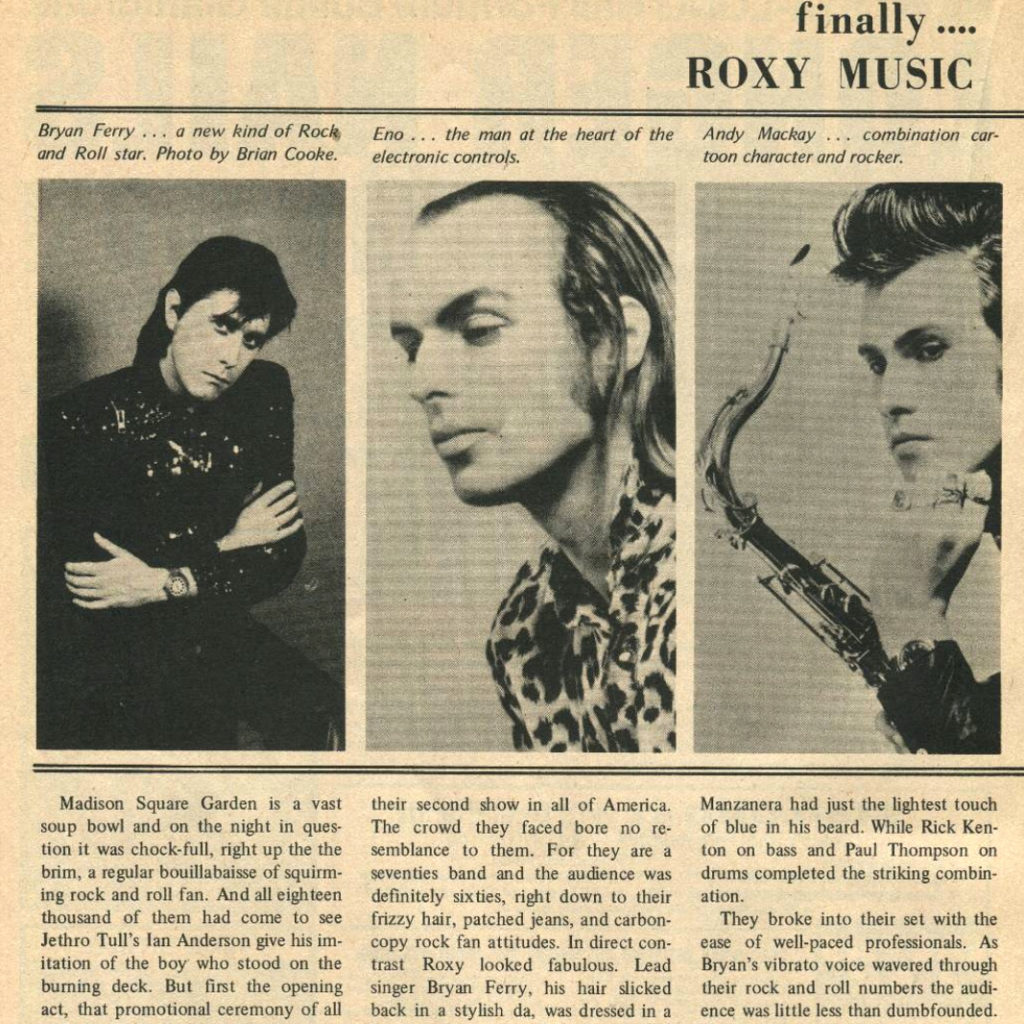 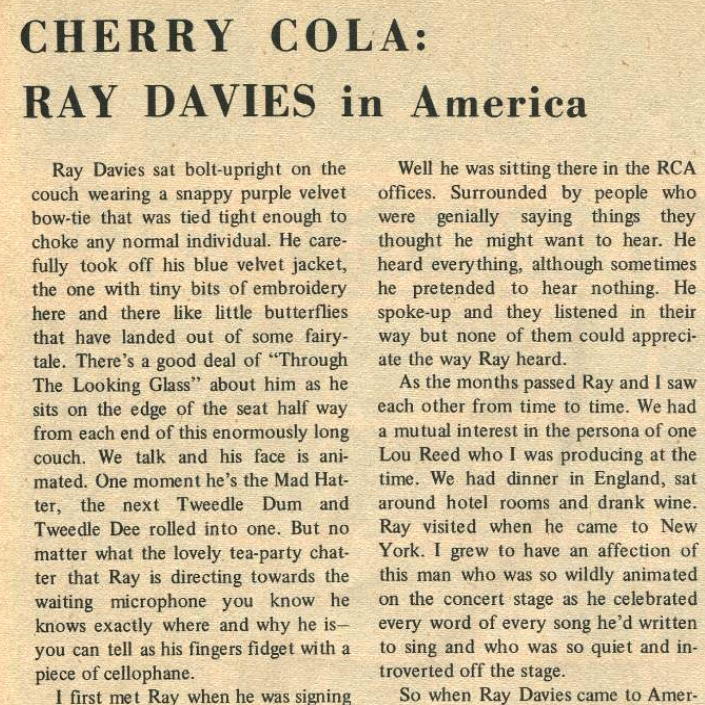 Go to page 10 and read cover story interview with Ray Davies in the May 1973 issue of ROCK SCENE magazine.   The Kinks perform “Waterloo Sunset” live in London in 1973. The song was written and produced by lead… 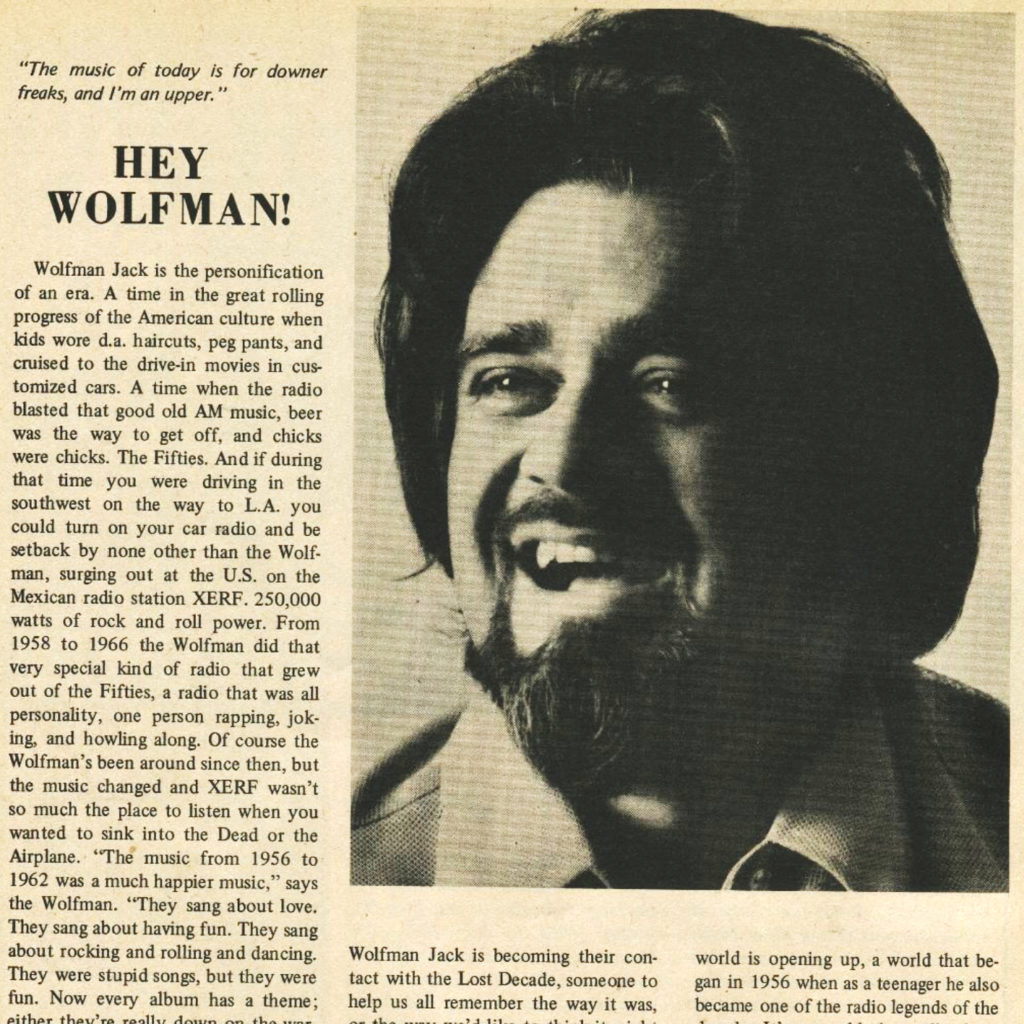 Go to page 28 to see the full article in the May 1973 issue of Rock Scene magazine In this scene from the 1973 film, American Graffiti, the character Curt (Richard Dreyfuss) visits a radio station and receives some advice… 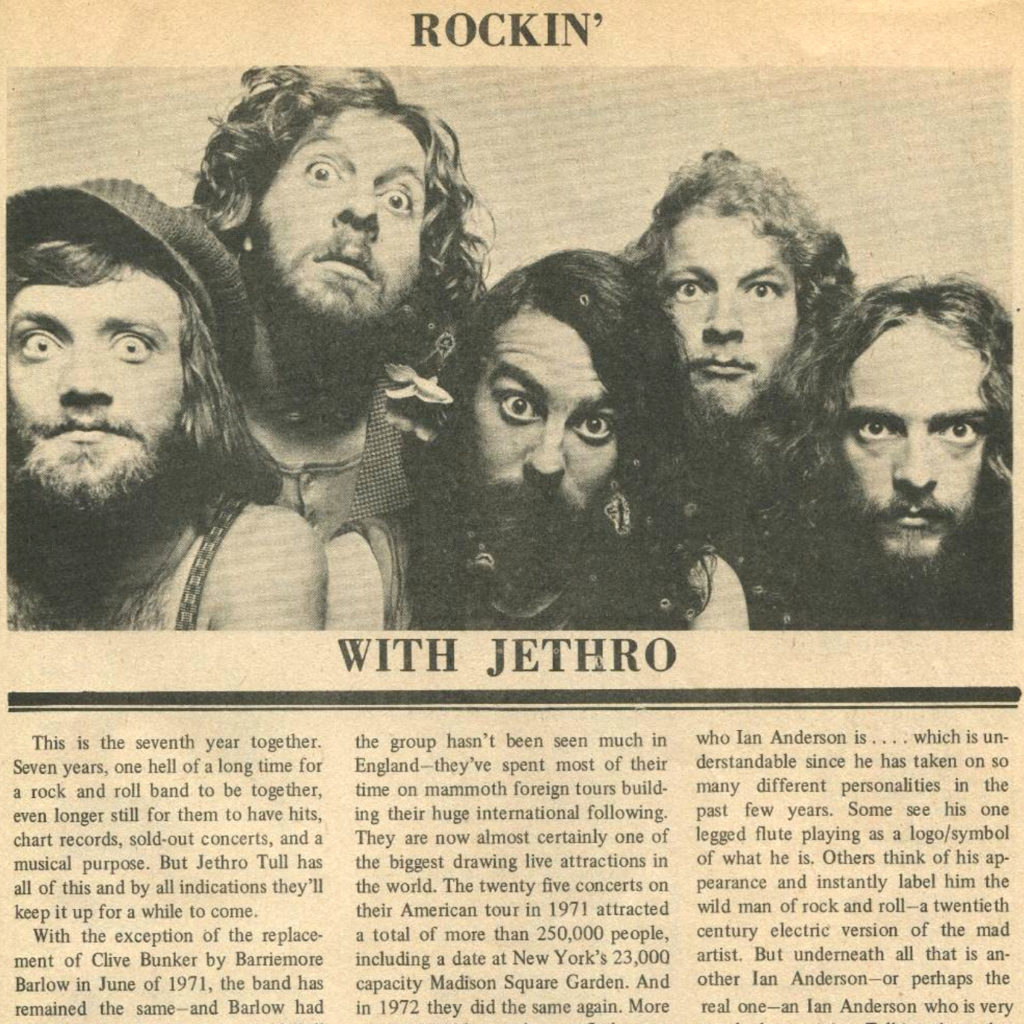 Read the full article on page 81  in the May 1973  issue of Rock Scene magazine       JETHRO TULL SNIPPETS FROM “A PASSION PLAY” TOUR USA. 1973 This rare footage from 1973 shows Jethro Tull performing on the east coast… 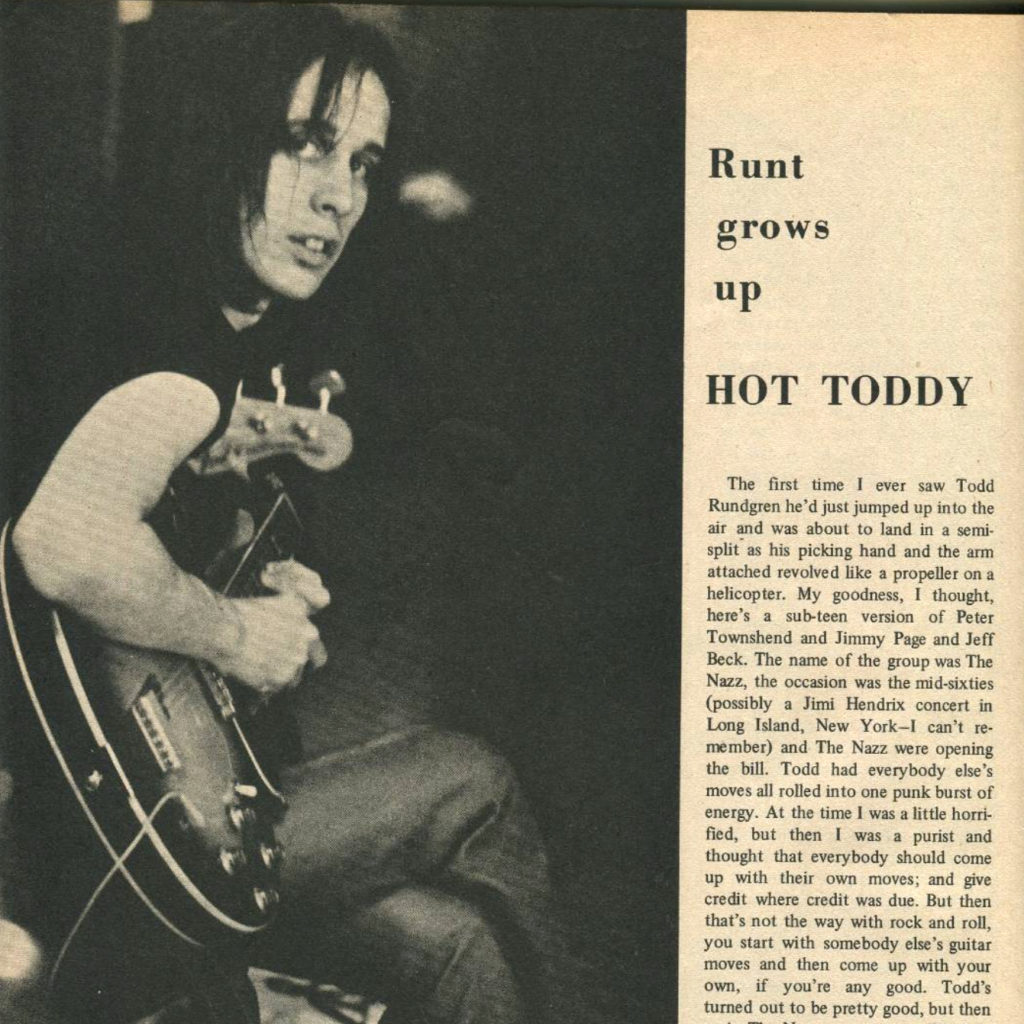