We spent a lot of time sitting around the office this week trying to come up with a descriptive slogan to explain what we’re planning to do with Rock Scene as a magazine.  Eventually we came to the conclusion that Rock Scene was “the alternative to the alternatives”.  Not the kind of slogan you might want to go around humming, but pretty much dead center for those of us who’ve been involved in getting this together.

Rock Scene has lots of elements to it, sort of a grafting of Rolling Stone, Hit Parader, Popular Mechanics, and Women’s Wear Daily.  It probably doesn’t read like any of those prestigious magazines, but they’ve all influenced this one into existence.  Partly for the things we think they’re doing right, admittedly because we think that there are some things they’re doing wrong.

For the most part, Rock Scene is a rock culture publication.  The people who are writing for us are rock people, concerned with the music and the musicians.  At the same time we’ve attempted to choose writers who will create the least possible distance between you and the music makers you’re buying this magazine to read about and look at.  Good reporting takes you there and lets you make up your own mind.  That’s what we’re aiming at.

In addition we’re not wearing our politics on our sleeves.  Politics are an integral part of the American way of life, we don’t deny that.  But one of the nice things about music is that the politics is inherent in the sound even if it isn’t outlined in the lyrics.  So you just have to listen to the people we’re writing about to know where we’re at.

Okay, getting all that out of the way, let’s move on, to the first issue of Rock Scene. 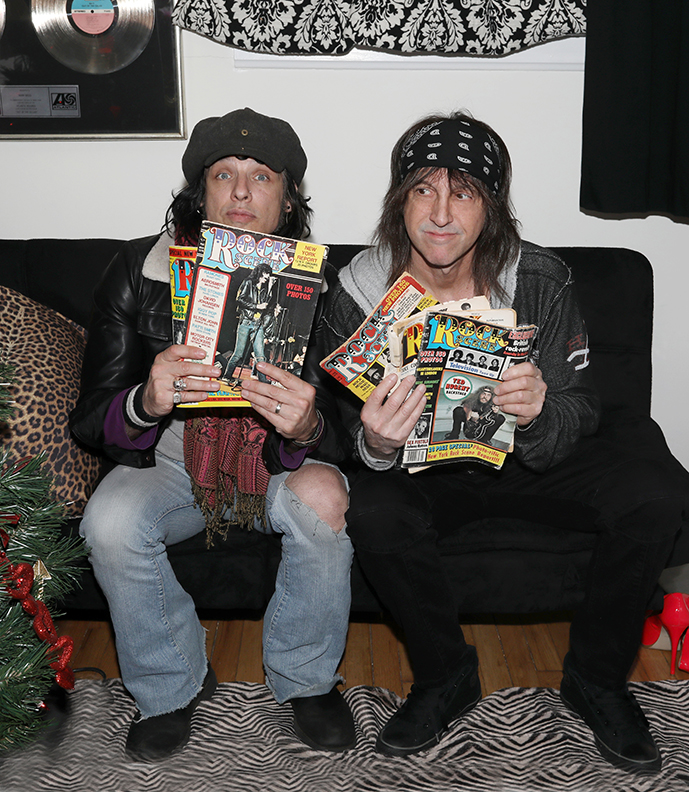 The first issue of ROCK SCENE came out in March of 1973 with David Bowie on the cover.   This is the place to find out about some of the bands that didn’t get the notoriety in America. When you go… 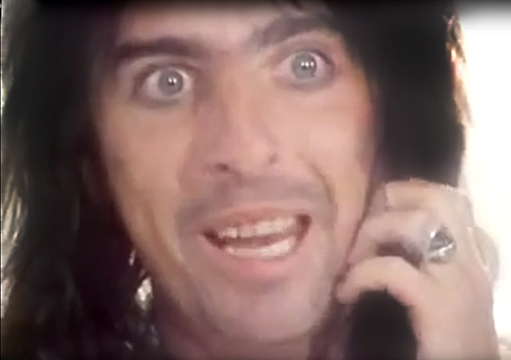 A softer side of Alice Cooper is seen in this interview with Finnish National Television in 1973. “I can’t be Alice all the time because he’s a little bit too dangerous” he says. He talks about the importance of the… 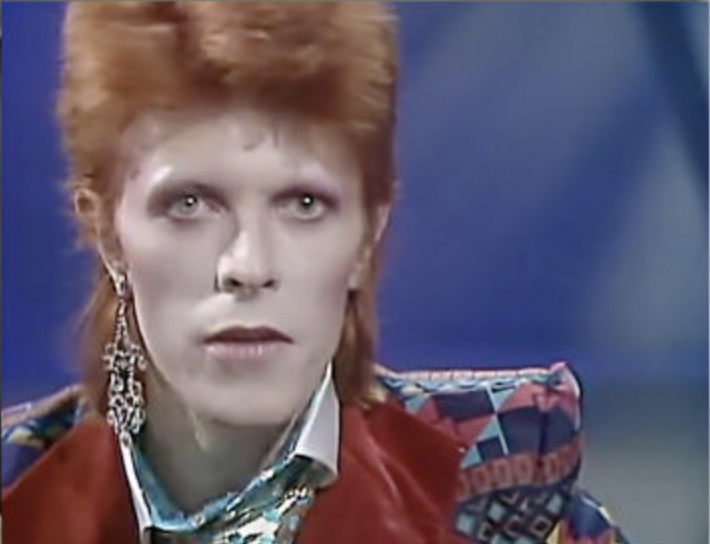 David Bowie talks to Russell Harty RH – What does David Bowie think about David Bowie? DB – I find that I’m a person who can take on the guises of different people that I meet.  I can switch accents… 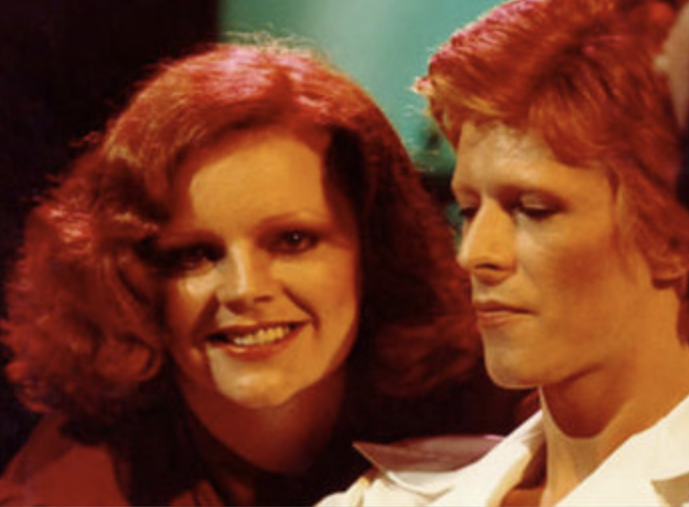 Rock Groupie Cherry Vanilla interviews David Bowie in 1973 “It’s kind of sweet, because you can hear how young and shy we are..” Cherry Vanilla CV – Do you feel removed from the body and the feel that you create… 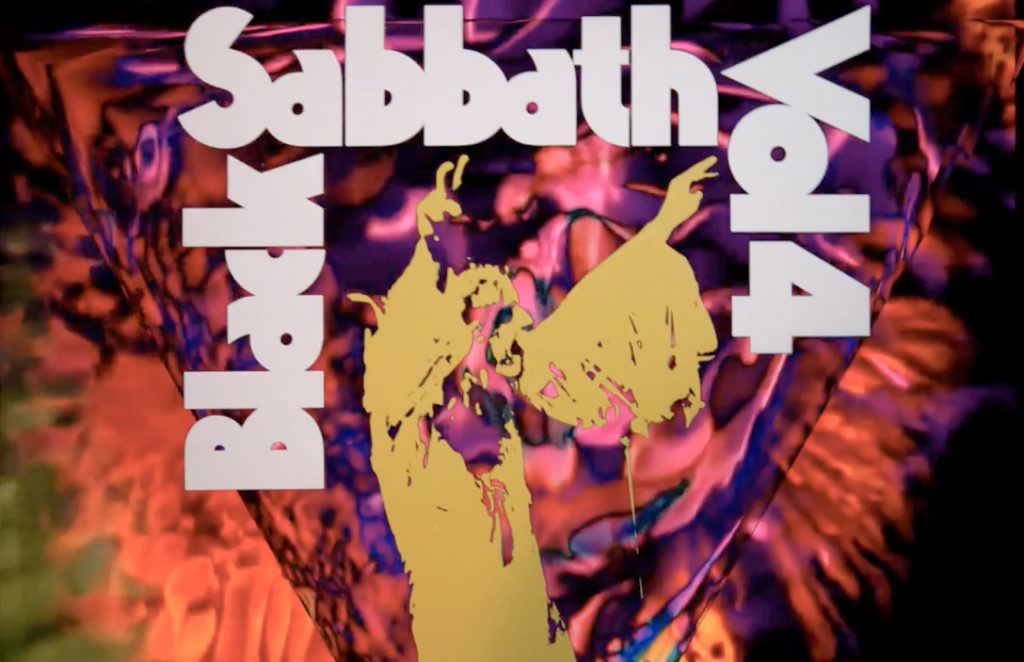 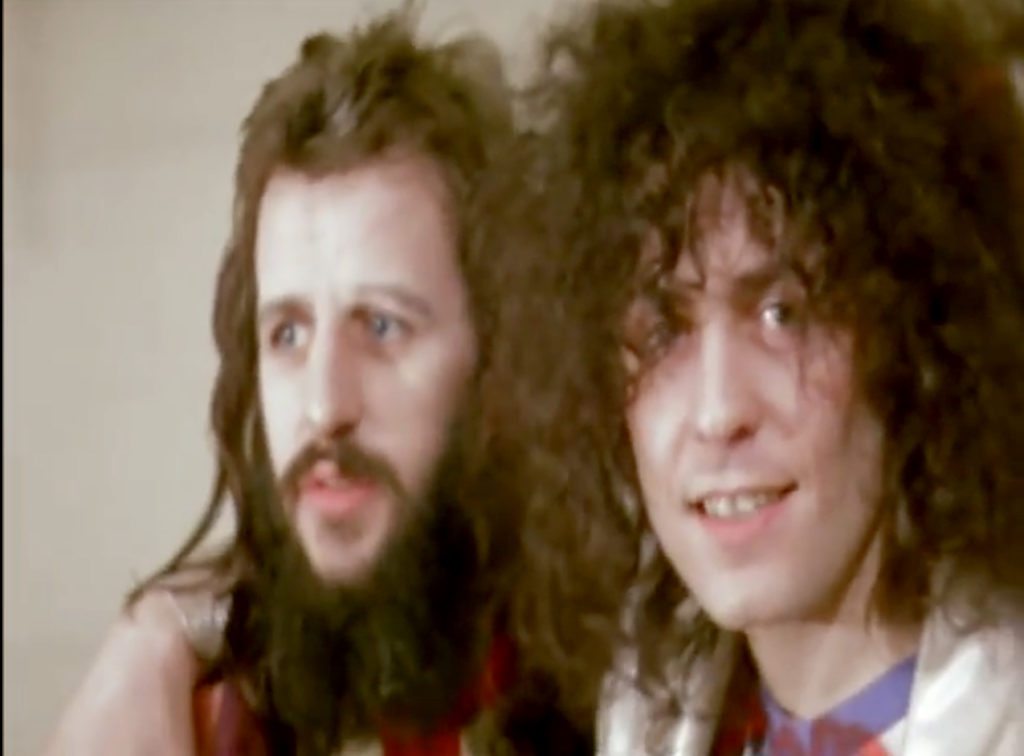 DRUG TALK – MB: For me to say ..The truth of what I feel is beyond the comprehension on… RS: Well I’d ike to say  it’s so exciting in here were having such a groovy time with Marc and the… 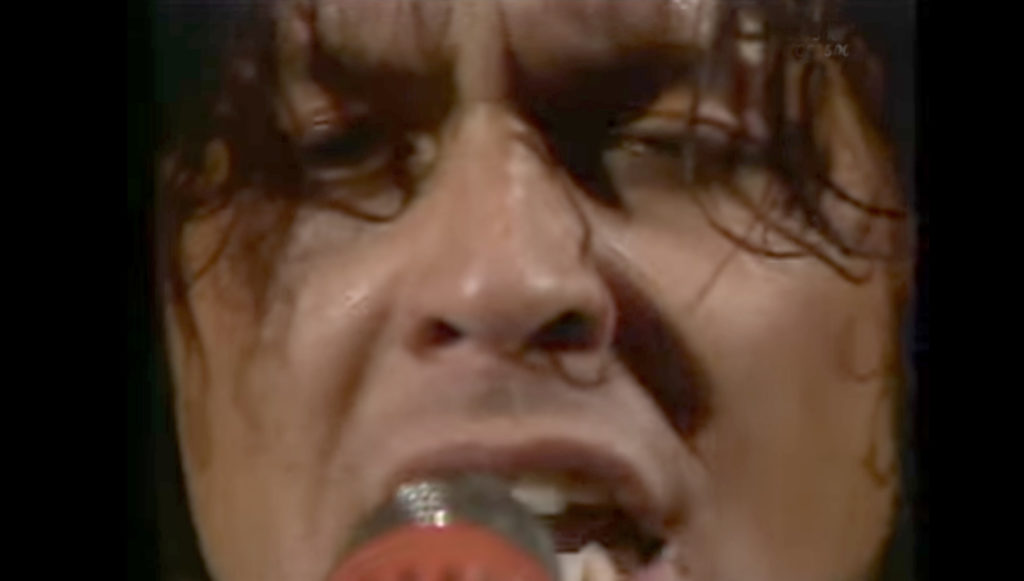 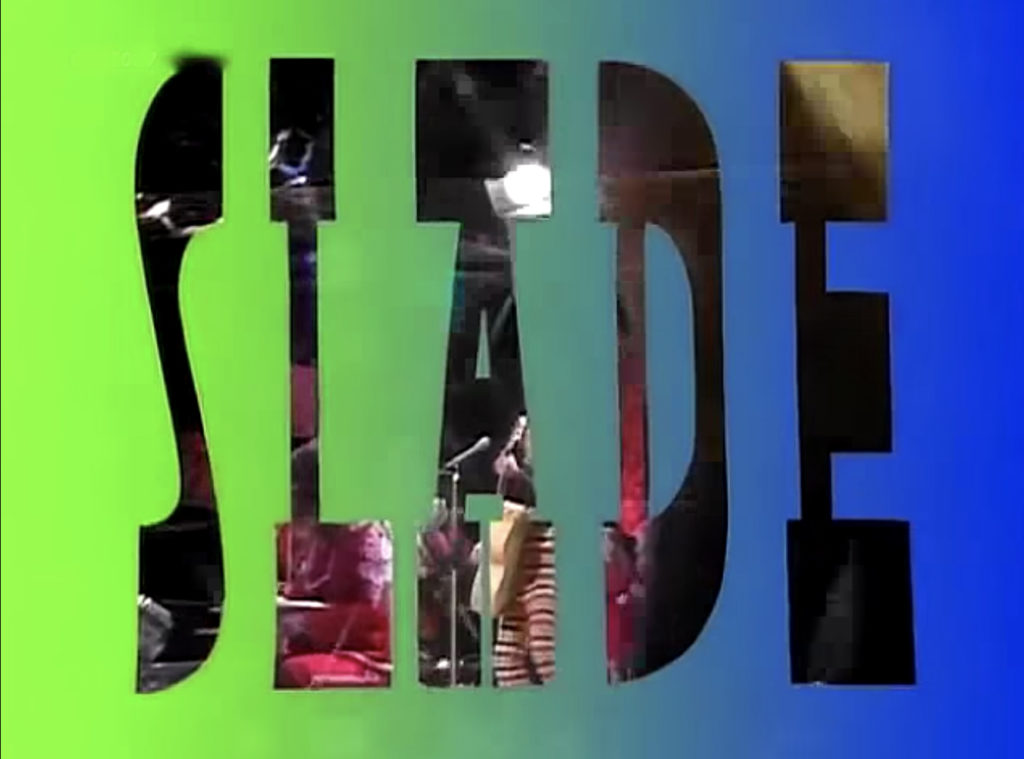 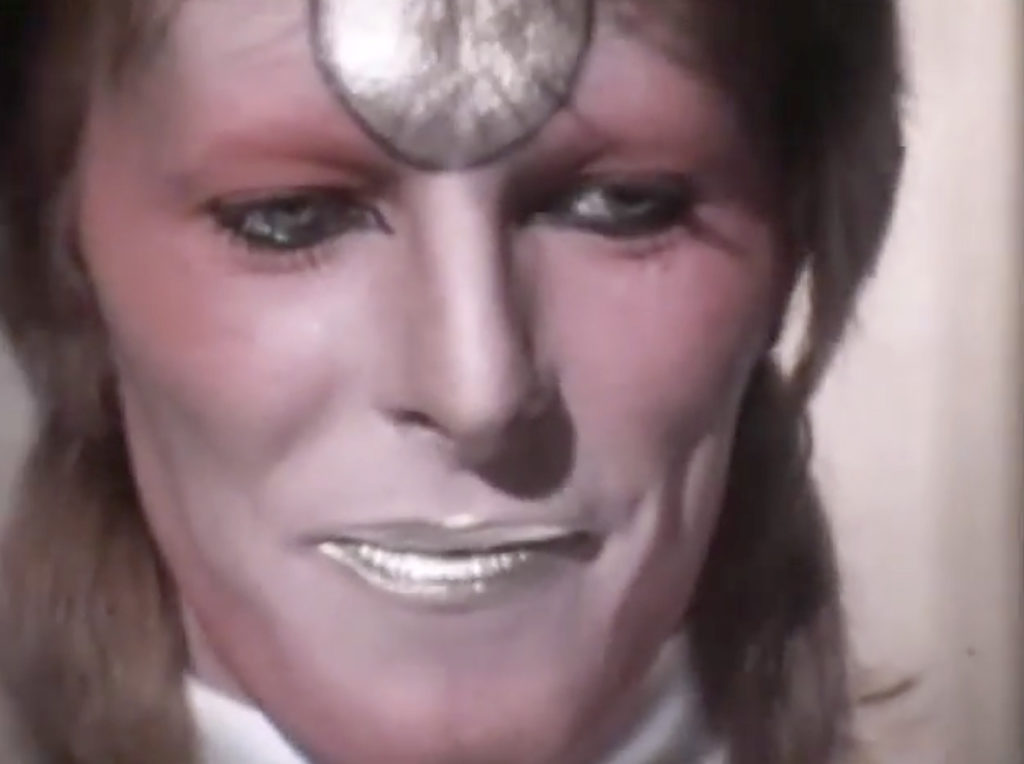 David Bowie – Behind the Scenes

David Bowie prepares to take the stage in May of 1973.  His 1973 Ziggy Stardust Tour promoted the albums The Rise and Fall of Ziggy Stardust and the Spiders from Mars and Aladdin Sane. The setlist from this tour prominently featured… 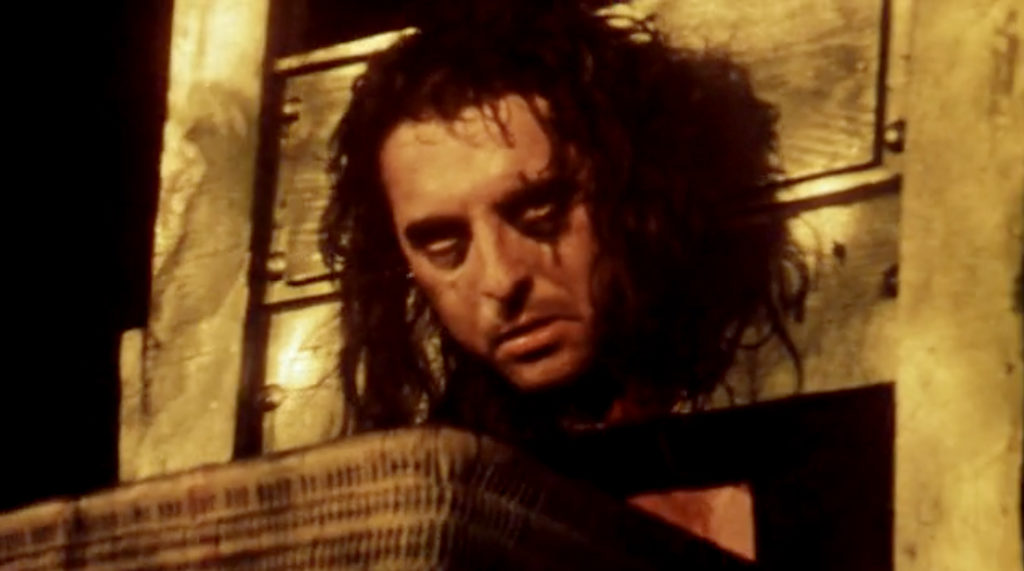 Alice Cooper “I Love the Dead”

Alice Cooper performs ‘I Love The Dead’ from their 1973 album Billion Dollar Babies. This was the band’s sixth record, and it was their best selling one yet. Their stage show was unlike any other. To this day, when played… 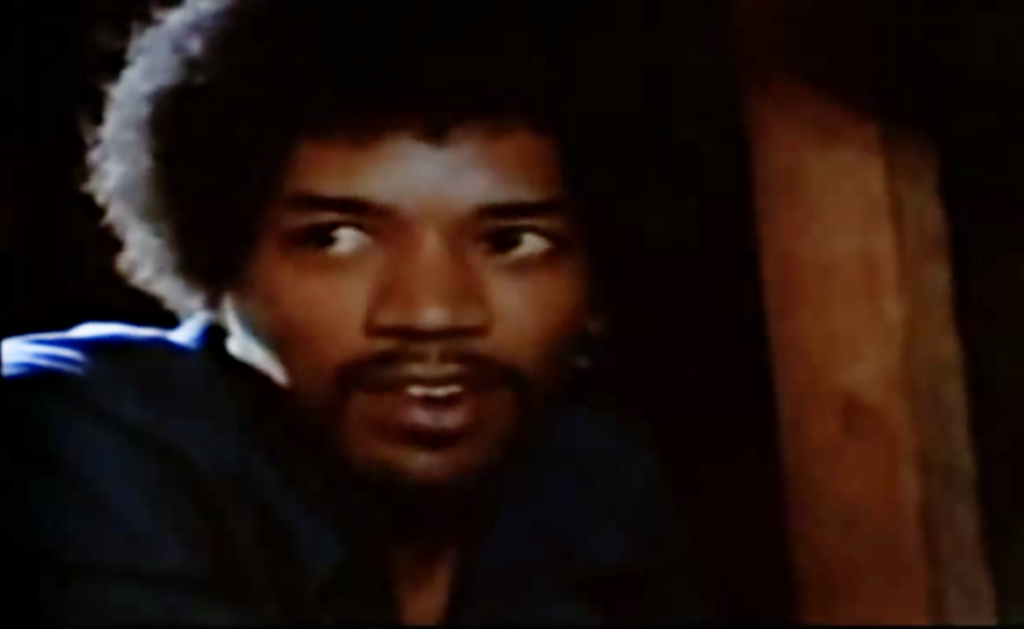 SAY WHAT! (7 minutes in)  Another 13,000 feet we go higher and higher and Cleopatra has this beautiful raven hair and what are you supposed to do man except lay there and play the part.  And so I’m laying there playing… 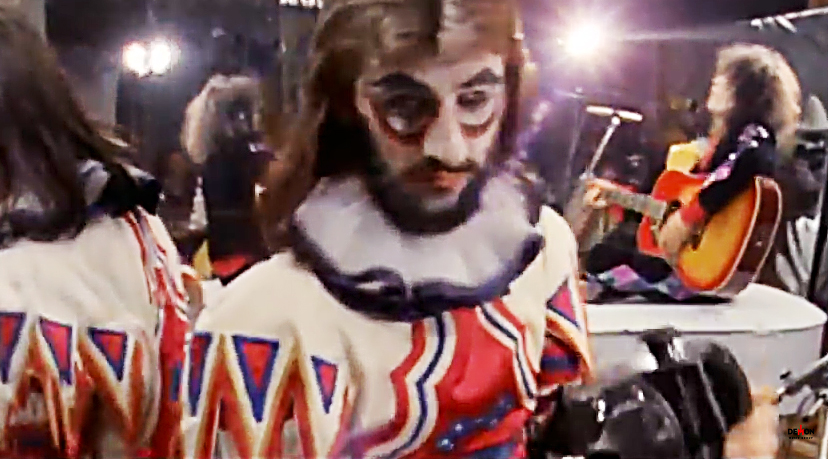 Marc Bolan, Elton John and Ringo Starr in the film “Born to Boogie”

Marc Bolan and T. Rex perform their song “Children of the Revolution” in Apple studios with Ringo Starr on drums and Elton John on piano. The film Born to Boogie was directed by Ringo Starr himself, and was released on… 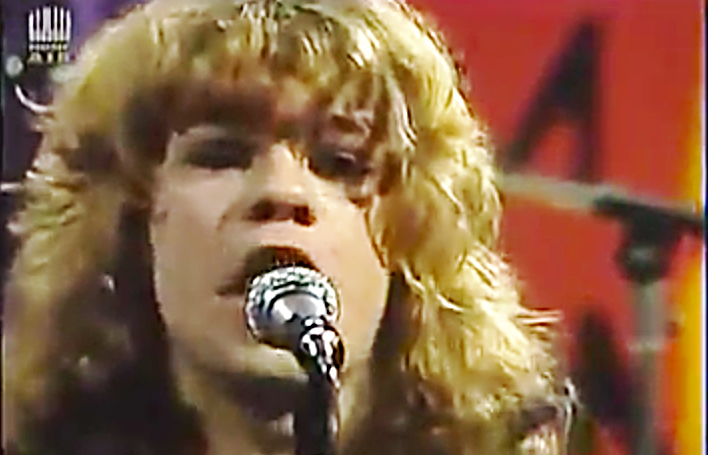 FASHIONS – MAKING THE MAN There are some stars who help keep alive the myth that clothes make the man. Stars like Marc Bolan, Rod Stewart, Peter Frampton,, and all the various members of the Dolls. All of these artists… 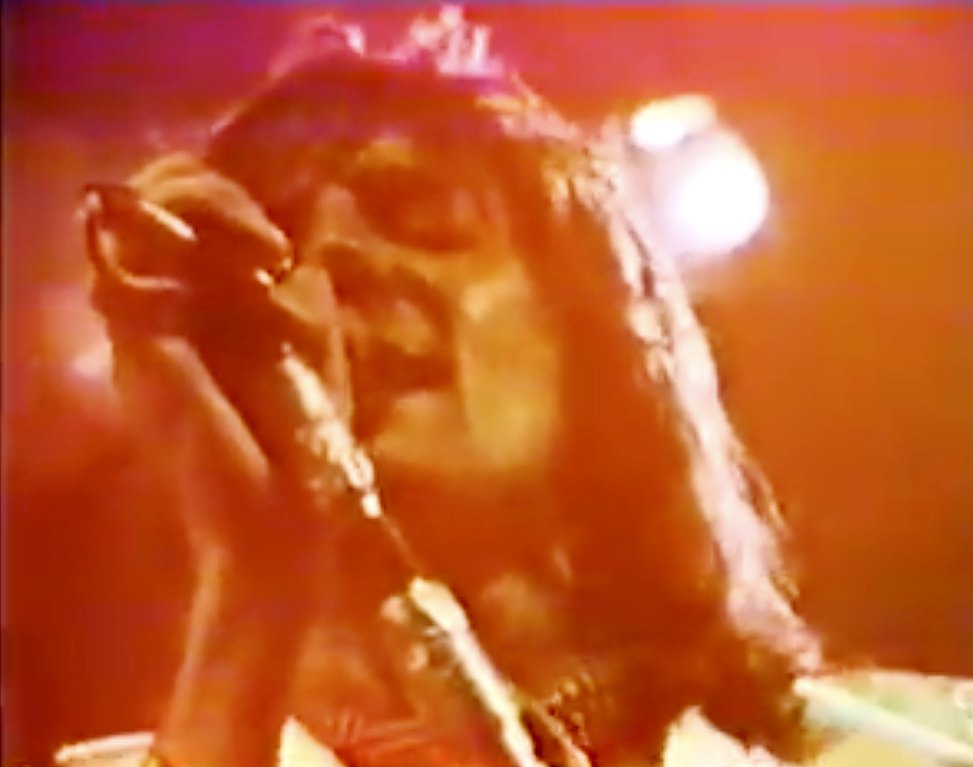 Rod Stewart and the Faces – Stay With Me

Rod Stewart and the Faces the – Stay With Me live in 1973. (YouTube) ROD STEWART – THREE YEARS IN  – It’s now been three years since Rod Stewart emerged from the ashes of the Jeff Beck Group to record… 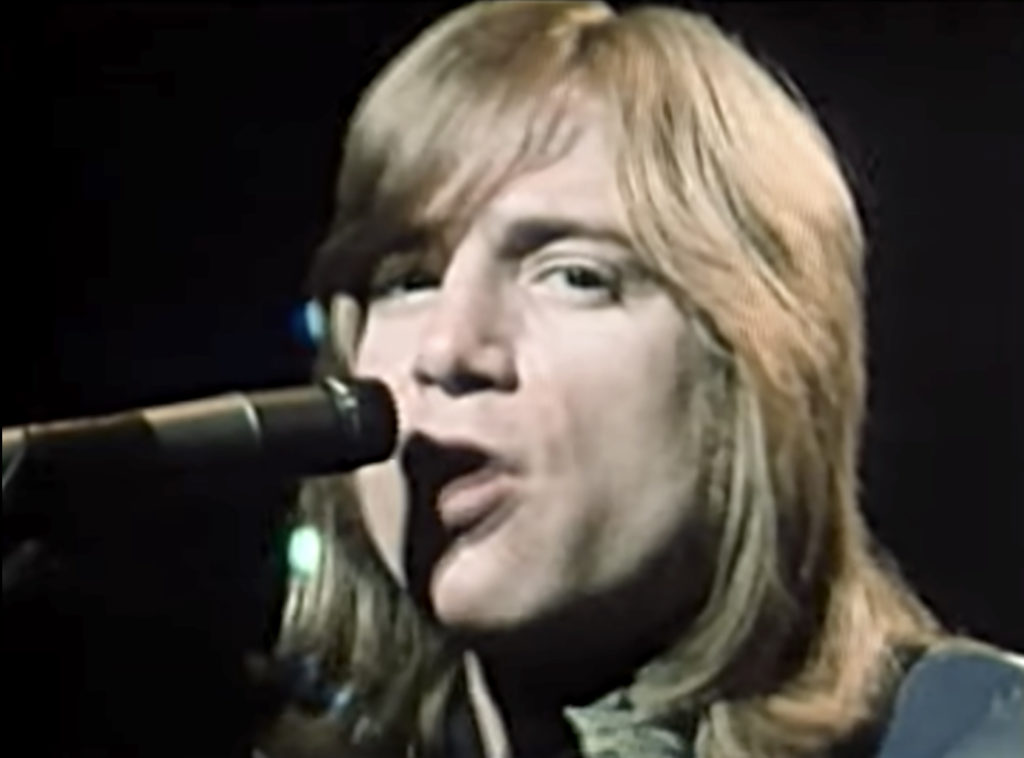 Moody Blues perform their song “I’m Just A Singer (In a Rock & Roll Band)". Go to (page 47) in this months Rock Scene for the complete story. The song, which was released in 1973 as the closing track off their… 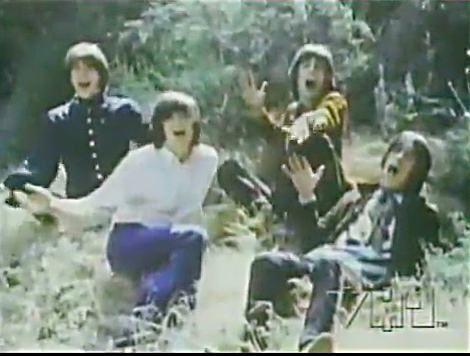 Nazz performs their song "Open My Eyes," originally released on their self titled album in 1968. Go to (page 34) in this months Rock Scene for the complete story. Nazz formed in Philadelphia in 1967, and was founded by guitarist… 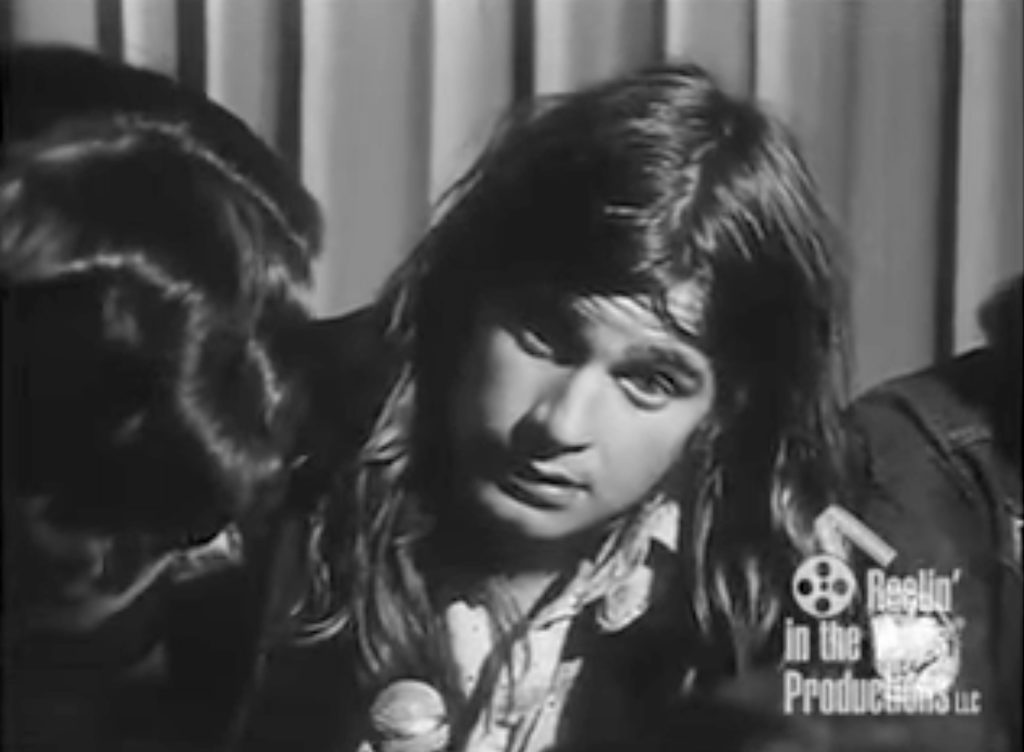 Black Sabbath had just released Vol. 4, which featured hits “Snowblind”, “Changes”, and “Tomorrow’s Dream”. Even after having released four studio albums, the band still dealt with negative connotations surrounding their name. It was often assumed that because of the name;… 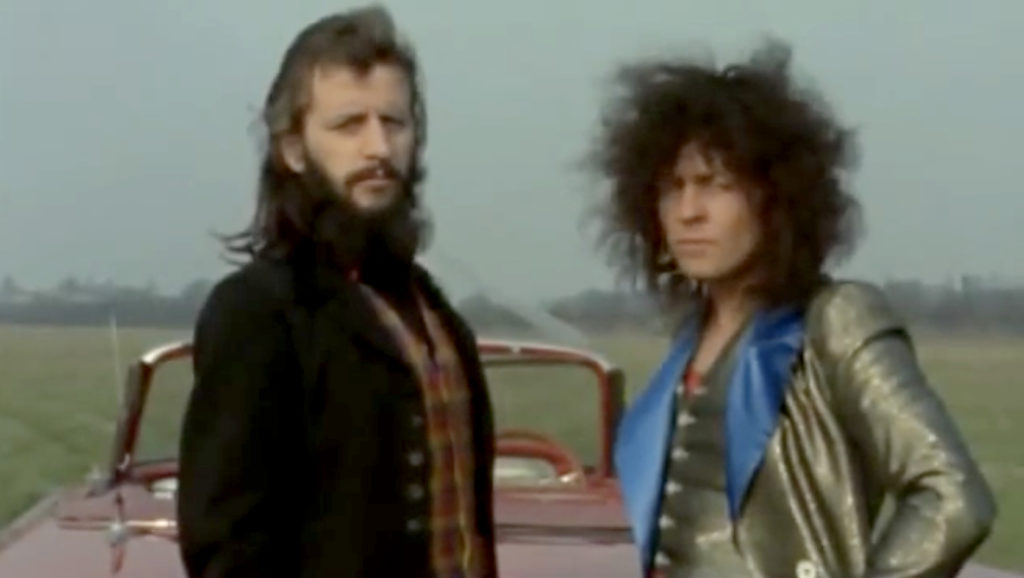 candid moments with Ringo and Marc 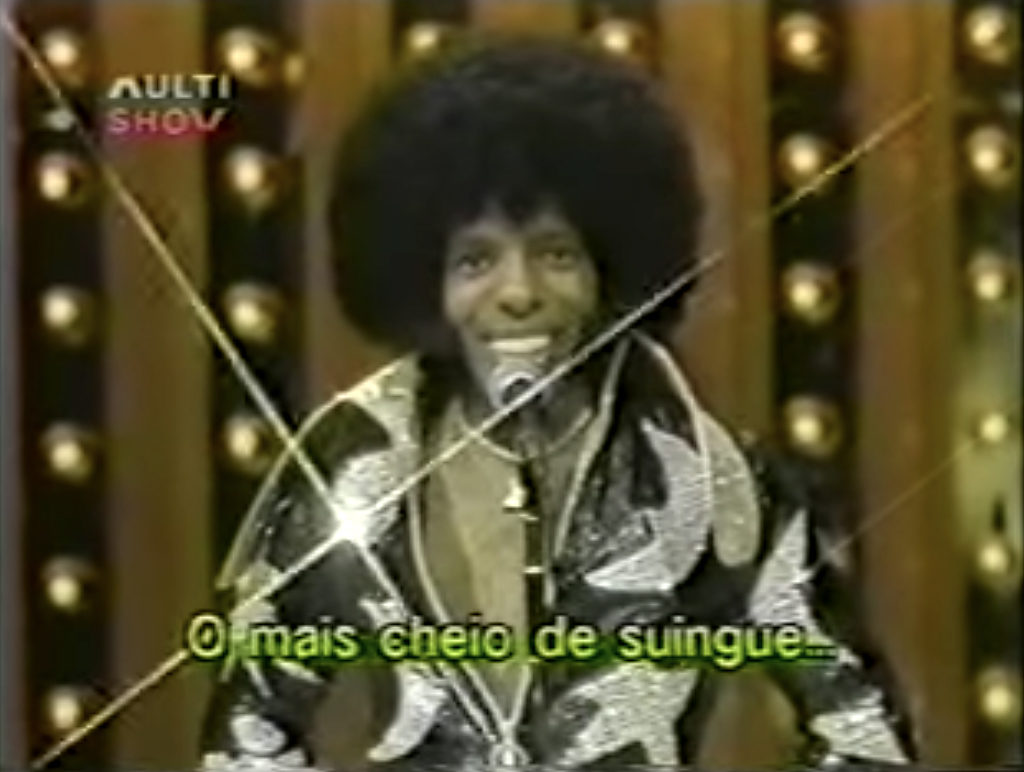 Sly and the Family Stone – “STAND”

Sly and the Family Stone perform Stand  on The Midnight Special on October 26, 1973.   (YouTube)  TURNING HIMSELF ON "so I don’t get stoned when I get on stage - it’s all natural to me.…if I make it big, really big,… 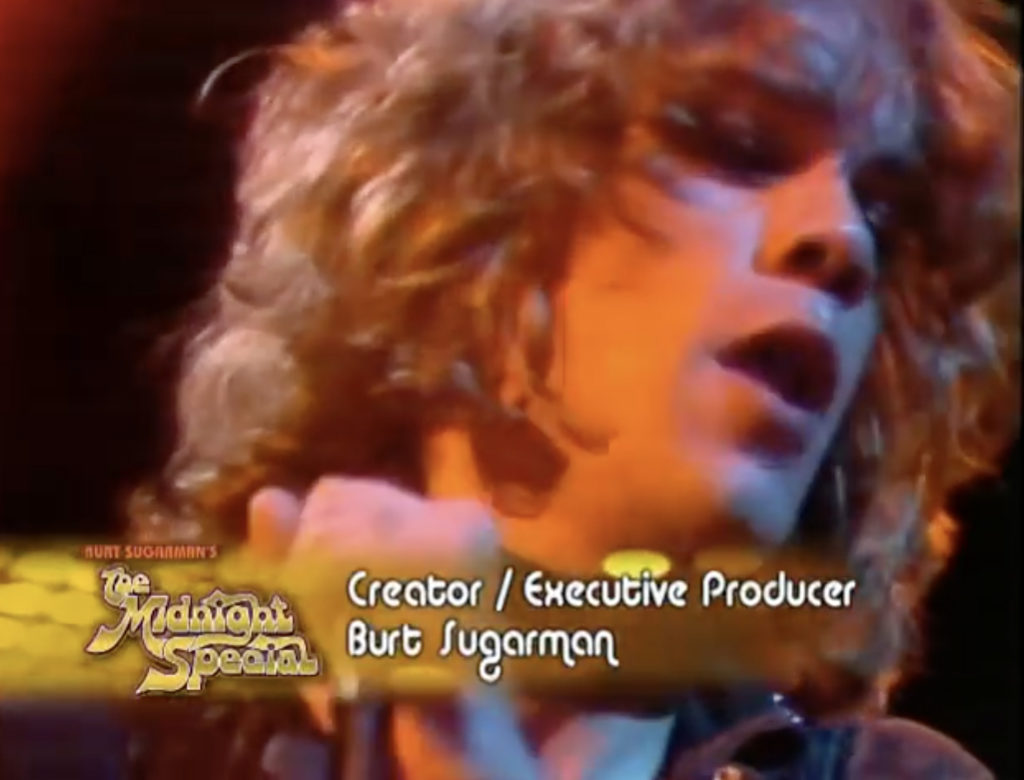 New York Dolls perform  Personality Crisis  on The Midnight Special - 1973   (YouTube) Go to (page 60) and see the photo and read the story FASHIONS Making The Man -  in ROCK SCENE Magazine.  The New York Dolls are setting fashion trends in the big… 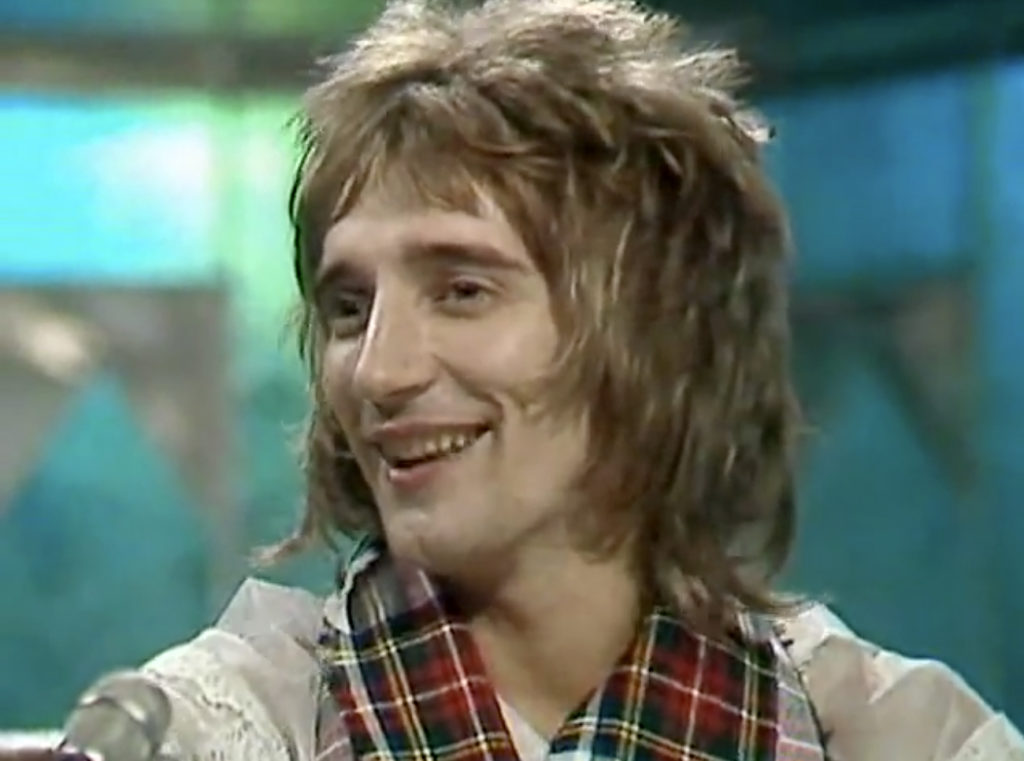 In this 1973 interview, Rod Stewart chats about everything from his first love, football (soccer) to odd jobs including three weeks as a gravedigger before being discovered at the age of 18 in a London train station by Long John…